Do you know how to find and compare the best medicare supplement rates in Georgia? Which Medigap plans historically deliver the best value and lowest rates? Can you save money by going direct to a carrier? Should you focus on the “big” names, such as Blue Cross, Mutual of Omaha and AARP (United)?

Get an INSTANT QUOTE NOW!

But what good is a rate on a few plans when there are so many more that are not available online? Most Medigap carriers do not allow their rates to be illustrated online. The only way you will see rates from some of the most competitive carriers is to talk with an agent.

Bob Vineyard has more than 37 years experience in the health insurance industry and is capable of answering almost any question you have about Medicare plans. He will help you find and compare the best Medicare supplement rates available, even if it is not from a carrier he represents.

Why would Bob pick and choose carriers to offer his clients?

Some obviously do not offer a good value. They charge more than other carriers do for the exact same plan.

He knows when you pay more you don’t get more, you simply pay too much.

Who has money to burn?

Georgia Medicare plans is pleased to offer visitors access to INSTANT ONLINE MEDIGAP QUOTES but we will also provide you with a detailed listing of Georgia Medicare supplement carriers and their rates, ranking from the lowest price to the highest.

What about Medicare Advantage plans?

Many GA seniors are attracted to these plans because of the low premium rates, but the wise ones also know you get what you pay for. Advantage plans subscribe to the theory you can pay me now or pay me later. These plans are wonderful . . . until you get sick or injured then the premium savings quickly disappears as you rack up thousands of dollars in out of pocket unpaid medical bills.

Advamtage plans require you to give up your doctor and use theirs instead.

Medicare Advantage plans do not follow you outside of your immediate service area. You are no longer part of original Medicare and are at the mercy of an insurance carrier. Over half the doctors in Georgia do not accept ANY Advantage patients.

Remember the phrase “It’s just as good as a Xerox”?

Why have a knock off when you can have the original?

Let the folks at Georgia Medicare Plans help you find the best Medigap plan that suits YOUR needs and budget.

In January, 2013 many Georgia Medicare Supplement rates increased, and some as much as 12%. If you have a GA Medigap plan from Aetna, Blue Cross, Family Life, Gerber, Mutual of Omaha, Royal Neighbors (RNA) or Sterling your Medicare supplement rates probably increased.

If your policy is less than 12 months old, expect your rates to increase on your next anniversary.

Be sure to read Bill’s story below about his 2 year search for a low cost Medicare supplement plan.

Let’s face it. Rates go up every year but there is no reason for rates to increase by double digits.

When was the last time you COMPARED your premium to current Georgia Medicare supplement rates? If it has been more than 6 months since you shopped for coverage you owe it to yourself to check current Medigap rates.

Two years ago Bill visited my site and got an instant quote. Because he provided me with a valid email address and phone number I was able to contact him by phone. We spoke for a few minutes and then he said he was working with someone who offered the same services.

I kept in contact with Bill by email and last month he called to ask if I could help.

When Bill turned 65 he did what most people do, he bought Medicare supplement plan F, and he bought from Mutual of Omaha. At the time they were competitive, or so he thought . . .

Georgia Medicare supplement rates are all over the boards but one thing is almost certain.

Rates from Blue Cross, AARP (United) and Mutual of Omaha are rarely the low cost plans.

When Bill bought his Mutual of Omaha Medicare supplement plan F the rate was $137. Had he talked with me the day I called I would have quoted the same plan (different carrier) for $121.

Maybe that would have been enough to convince him to buy from me. Maybe not.

Had he bought from the carrier I suggested his rate would be $149.

Bill bought a plan that is popular with most of my clients and dropped his premium by $60 per month to $127!

How much would you save?

Most carriers increased rates by 9 to 12% but one carrier only changed rates by 6% on their most popular plan. Even with a 6% adjustment to rates they still have some of the LOWEST MEDIGAP RATES IN GEORGIA.

Mutual of Omaha uses issue age rates but even still, most seniors can save money by switching plans.

Blue Cross uses age bands. If you bought a Blue Cross plan at age 68 your rates probably increased in January, 2013 and they will increase again when you turn 69. Two rate increases in one year!

Both Mutual of Omaha and BCBSGA increase rates on everyone in the state at the same time. Most carriers only make adjustments on your plan anniversary or in January.

Georgia Medicare supplement rates are constantly changing. Just because your carrier feels like they need more money does not mean you are obligated to comply. If we can save you $30 – $70 per month without reducing benefits wouldn’t you want to make a change? Georgia Medicare Plans has the lowest Medigap rates in the state. Dare to compare!

rates in your area!

As has been the recent custom of Mutual of Omaha policyholders, those who have Medigap plan N will receive the largest increase in premium which is pegged at 30%.

The lowest increase for Mutual of Omaha plan holders is 4.7% and applies to females under age 65 who have Medigap plan N. 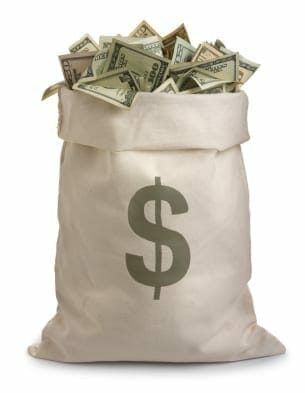 Most seniors age 65 and older on United of Omaha Medicare supplement plans will receive a 20% rate increase.

This rate increase applies to United of Omaha policyholders whose plan was issued in the state of Missouri. Georgia plan holders have not yet been notified of an increase.

Georgia Medicare Plans has low Medigap rates for residents of Georgia and Tennessee. We offer several carriers in addition to Mutual of Omaha.