Obamacare introduced “free” preventive care to Medicare patients but free comes with higher premiums. Now the folks in Washington think you should pay more out of pocket when you are sick. 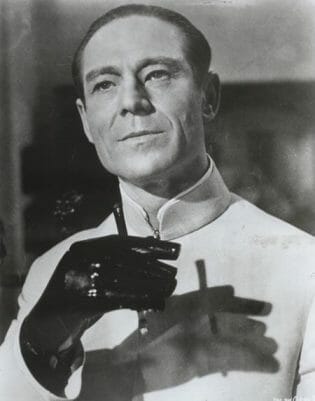 What’s up with that?

The National Association of Insurance Commissioners (NAIC) is working against us.According to Kaiser Health News

The National Association of Insurance Commissioners assembled the group to come up with ways to raise the beneficiaries’ cost for the most popular and generous Medigap policies, a task Congress assigned to the association in the health law. Since then, the idea of shifting some costs to beneficiaries in Medigap policies has emerged as one of several proposals to reduce the federal deficit.

The proposals suggest that if Medigap policies cover less of beneficiaries’ costs, some seniors will be less likely to overuse Medicare-covered health care services.

The belief is, when Medicare patients pay more out of their own pocket they will use fewer medical services than they would if the Medigap policy covers the expense.

In doing so, the CBO believes they can save $5.3 billion per year by REDUCING access to Medicare services.

So if you are well it cost nothing to go to the doctor but if you are sick they expect you to pay.

If you have to pay they figure you won’t go.

But if they are right, and you limit your doctor visits, what if your condition worsens? Won’t it end up costing you, and Medicare, more?

Georgia Medicare Plans has low cost GA Medigap plans for seniors in every part of the state.

The federal government is looking for ways to save tax dollars and one way is to encourage those with ESRD to enter hospice rather than go on dialysis. Congress established this "entitlement" program In 1972 when treatment options for End Stage Renal Disease were limited. According to the New York Times,

dialysis and transplants were new procedures that were not covered by health insurance. There were horrifying stories — rich people got dialysis and lived while poor people died.

A bit of class warfare that decides who lives and who dies.

Now Congress is looking for ways to save money and one way is to encourage those on Medicare to just go ahead and take one for the team.

at that time (1972) fewer than 40 patients per million would need dialysis, and that most of those patients would be healthy — except for their failed kidneys — and under age 54.

Now more than 400 people per million start dialysis each year. More than a third of the patients are 65 or older, and they account for about 42 percent of the costs. People over 75 make up the fastest-growing group of dialysis patients. And most elderly dialysis patients have other serious diseases like diabetes, heart failure, stroke and even advanced dementia. One-third of them have four or more chronic conditions.

Recent studies have found that dialysis does not prolong life for many elderly people with other serious chronic illnesses. One study found that the procedure’s main effect is to increase the chances that such patients will die in the hospital rather than at home.

A committee of the Renal Physicians Association recently formulated guidelines to use in deciding when dialysis is appropriate. It provides questions that doctors should ask themselves before suggesting the treatment. One is the “surprise” question: Would I be surprised if this patient is dead within a year?

Well that is certainly comforting!

Don't be surprised if Congress doesn't come up with a way to encourage dying over dialysis.

Medicare is monitoring hospital readmissions and they are not happy. Georgia Seniors on Medicare need to know their rights when they are admitted, and then readmitted to the hospital for the same medical condition.

If Medicare get's their way, hospitals could be held financially responsible for seniors on Medicare that may have been discharged too soon. In an effort to save money and improve care, Medicare, the federal program for the elderly and disabled, is about to release a final rule aimed at getting hospitals to pay more attention to patients after discharge.

A key component of the new approach is to cut back payments to hospitals where high numbers of patients are re-admitted, prodding hospitals to make sure patients see their doctors and fill their prescriptions.

Medicare also wants to pay less to hospitals with higher-than-average costs for patient care. It has proposed calculating the costs by combining a patient’s hospital expenses with fees incurred up to 90 days after discharge.

In other words, if Medicare decides you were discharged too early the HOSPITAL, not Medicare, will be responsible for covering the cost of your care.

Medicare states that hospital readmissions cost Medicare about $26 billion over a 10 year period.

Now $26 billion might seem like a lot of money to you and me but Washington loses that much change in the sofa on a weekly basis.

Medicare’s penalties could be significant — and widespread. Almost 7 percent of acute-care hospitals — 307 out of 4,498 — had higher-than-expected re-admission rates for heart failure, heart attack or pneumonia, according to Medicare data. Under Medicare’s draft proposal, which it put out in May, penalties would start in October 2012 and hospitals with the worst re-admission rates eventually could lose up to 3 percent of their regular Medicare payments.

Hospitals with patients who cost Medicare lots of money during and after their hospital stays also could be hurt. Beginning in October 2013, these spending levels would count for a fifth of Medicare’s “value-based purchasing program,” which alters hospital payments based on a long list of quality measures.

This does not look good for Medicare beneficiaries either.

“The incentives we’re putting into place have created a whole new way to think about hospital care,” said Jonathan Blum, deputy administrator of the federal Centers for Medicare and Medicaid Services (CMS).

OK this might be a stretch but rationed health care wears many faces.

“The more hospitals realize they’re going to be held accountable, that’s where they are going to get creative,” Patel said.

Medicare was never designed to cover all the cost of a hospital stay. The current Medicare Part A deductible is $1132 per admission for the first 60 days. If the hospital is not found liable for an early discharge, who pays?

Or if the hospital appeals the charge that they should be liable for any readmission, who pays until the appeal process is complete?

The answer could be that YOU pay.

How much money do you have in your bank to cover one or more readmissions?

Georgia Medicare supplement plan G will cover the cost of your hospital deductible and much more. GA Medigap quotes allows you to compare mutilple plans side by side to find the best plan and premium for your dollars.

Medicare fraud costs Georgia seniors. Expect Medicare Part D premiums to rise due to fraud and the Obamacare promise to close the donut hole. The problem with fake pharmacies is revealed in this CNN/Money report.

Criminals use a legitimate address to establish a fake pharmacy business — which is essentially a shell operation.

Next, they submit these fake prescriptions for reimbursement to insurers, Medicare or Medicaid — for hefty returns. In a single claim, a fake pharmacy can make anywhere from $2,000 to $8,000, said Richmond, who’s been investigating phantom pharmacy schemes in Florida for two years.

That’s quite a bit of profit with almost no effort and little chance of getting caught.

Regulators are having a tough time cracking down, because phantom pharmacies operate quickly and quietly. They may operate for as little as 60 days or as long as eight months, then disappear and pop up at a new address.

“Criminals quickly make large amounts of money, then close up and open up a new scam somewhere else,” said Cantrell.

Every time a crook wins you lose.

Medicare Part D plans. The most confusing part of Medicare. Georgia seniors have questions about a Medicare drug plan. Am I required to buy a drug plan? Which prescription plan is best for me? How do I choose the right drug plan? 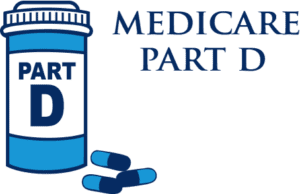 Am I required to buy a Medicare Part D plan?

What is the Medicare drug plan late enrollment penalty?

A. – At the very least, you should consider a low price Medicare Part D plan to avoid paying a late enrollment penalty.

When can I switch prescription drug plans?

A. – As a general rule, you can only switch Medicare Part D plans during the annual enrollment period. The Annual Election Period comes at the end of each calendar year. Other qualifying events, such as moving in to a nursing home, will allow you to switch plans at that time.

You can only make changes in your Medicare drug plan during the annual enrollment period.