Today we learned AFLAC Medicare supplement plans are pulled from the market. Less than a year after AFLAC introduced their Medigap product with a lot of fanfare the plans are gone. 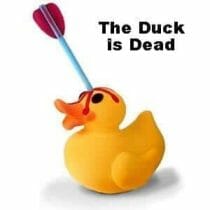 If you bought an AFLAC Medicare insurance plan you can keep it, but do you really want to?

AFLAC Medicare supplement plans had decent rates, but most Medicare brokers felt they would not be a long term player. Brokers were reluctant to sign on to represent them and the few that did wrote very few policies.

We have no idea what will happen to these policies but when other carriers have pulled a product off the market the rates have risen dramatically.