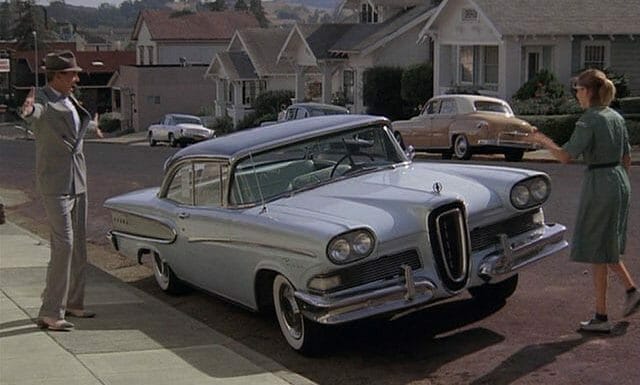 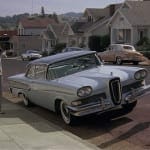 was eating through their savings. To make matters worse, they were moving and there were very few participating doctors in the new town.

Medicare Advantage and Edsel have a lot in common.

Georgia seniors wanting to drop their Medicare Advantage plan is not uncommon. They get sucked into the low monthly premiums and it never occurs to them just how expensive Advantage plans are once their health changes.

Some automobiles enjoy a similar reputation.

Edsel was the car of the future. Ford introduced the Edsel in 1958 in hopes of capturing market share away from GM and Chrysler.

The Edsel never sold as well as anticipated (mostly because of mechanical problems) and was a money loser for Ford and the consumer as well. Other car companies had their failures, but the name Edsel became synonymous for failure.

Shortly after going on Medicare Jim  had a stroke. His Humana Choice Medicare Advantage that seemed like such a good deal was costing them a lot of money each month for out of pocket expenses.

As a result of his change in health they decided to move north about 30 miles to be closer to family and friends that could help with Jim’s care. It was about this time that Ruth started thinking about dropping Jim’s Medicare Advantage plan and getting back on original Medicare and a supplement plan. 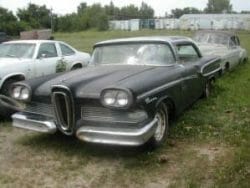 The REAL cost of his Medicare Advantage plan was a repeat of the Edsel.

Medicare Advantage looks great but is expensive to own.

The problem for Jim was this. He was beyond his initial enrollment period and would have to go through medical underwriting if he wanted a Medigap plan.

Ruth had a Medigap plan through Colonial Penn and was paying about $60 more than she should. She was still within her initial enrollment period. Because of that there were a few carriers that would not charge her a smoker rate which would save her another $23 per month.

Jim could not pass medical underwriting, but he did have Medicare guaranteed issue rights since he was moving out of the Humana Choice service area.

But Jim faced another dilemma.

Medigap Guaranteed Issue Rights – Not as easy as it seems

Most carriers don’t want Medicare guaranteed issue business and they discourage agents from bringing in that kind of clients. In addition to having few carrier choices, there are only a handful of plans that are approved by Medicare for guaranteed issue. Most are the most expensive plans in Georgia.

When Ruth first called and explained the situation I listened closely and took very good notes. Most of her questions were easy but some hinged on getting very specific plan information from her regarding Jim’s Medicare Advantage policy.

Almost two weeks went by before Ruth was able to make the time to get plan details and call me back. I took more notes and called her back in 10 minutes with the good news.

Humana did in fact offer the Choice Medicare Advantage in their new area but it was a different plan with a much smaller network. The plan change meant Jim WOULD qualify for guaranteed issue.

The carrier with the best rate would take Jim but would not pay me anything for my time. I relayed that to Ruth and told her I was willing to work for free on Jim’s policy but I could only do that if she would allow me to move her coverage as well, saving her $83 per month for the EXACT SAME COVERAGE as she has now.

The applications would have to be submitted within the next two days or else the rates would change significantly.

Ruth wanted to think about it and promised to call the next day.

Instead of a phone call she sent me an email. In it she said they would be dropping Jim’s Medicare Advantage plan and picking up a Medigap plan F through a carrier that offered similar rates to the ones I quoted. She was also moving her coverage to the same carrier, also at a rate similar to my rate.

She thanked me for my time, and said the one thing that gave her courage to act was when I told her that all Medicare supplement plans with the same letter offered the exact same coverage but charged different premiums.

But that is only part of the story.

What she forgot was my word of caution about buying strictly on price.

She purchased plans through a relatively new carrier in the Medicare supplement market. Even though the company is more than 100 years old, they entered the Medigap market a year ago.

I never recommend a plan from a carrier that has less than 3 years experience in the Medigap market. The Medicare supplement market is littered with carriers that entered with a ridiculously low rate (and sometimes liberal underwriting) only to withdraw from the market a few years later.

Seniors that bought the low entry rate soon found out with each renewal that the deal they got wasn’t so great after all.

Each renewal was 15 – 20% higher than the year before. Every year the premiums became less affordable.

Policyholders that were healthy enough to qualify for coverage with a different carrier moved on.

Those who were not healthy either dug deeper in their pockets and paid the premium or dropped coverage altogether and just had original Medicare.

Medicare Advantage and the Edsel

Medicare Advantage plans look sleek and sexy, just like the Edsel, but when it comes to a long term relationship they are very costly.

When you think “Should I be dropping my Medicare Advantage plan and buying a Medigap plan” you are probably too late to do anything. When you shop and compare Georgia Medigap plans you could make the wrong choice by either paying too much, or not paying enough.

With more than 170 Medicare supplement plans in Georgia, how do you know which one is right for you.