You are here: Home / Medicare / Is Medicare Failing?

These questions and other similar ones are on the tongues of seniors everywhere, not just here in Georgia. And it is with good reason that people need to wonder about the solvency of Medicare. 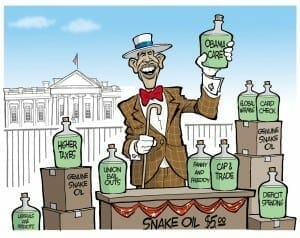 Every year since 2008 the Medicare trust fund has paid out more in benefits than the fund received in tax revenues.

Obamacare hasn’t helped, especially with reduced funding by more than $700 billion between now and 2020.

The rosiest outlook for Medicare is that it will remain solvent until 2026, but others say Medicare is failing and the well will run dry as soon as 2016.

I should point out that there has never been a government program that cost less than expected.

Trustee Robert Reischauer said it would be a mistake to make too much of the two-year extension (to 2026) on the life of the Medicare hospital trust fund. The Medicare projections involved a lot of uncertainty, he said, both on the legislative front — Congress will likely stop the scheduled Medicare physician payment cut, for example — and from the cost impact that new technologies, drugs and medical devices will have.  Those “historically have tended to push up costs,” he said.

Medicare trustees said the improved solvency estimate of the trust fund, which covers Medicare Part A payments for inpatient hospital services and other facilities, was due largely to  lower than expected spending on Medicare services — especially for skilled nursing facilities — and lower projected costs for the Medicare Advantage program, where private insurers provide health benefits to about 27 percent of Medicare enrollees.

Included in the estimates are an automatic 25% pay cut in physician reimbursements which everyone knows will throw the system into chaos.

The current regime in Washington is patting themselves on the back and claiming Obamacare is largely responsible for the improved figures. Their bravado in the face of Medicare failing is no comfort.

But then there is this.

Over the long term, he wrote, some of the health law’s changes would cause Medicare payment rates for home health, hospital and other services to drop below those now paid by the Medicaid program, “which have already led to access problems for Medicaid enrollees.”

Less than half of physicians and medical providers in Georgia are willing to treat ANY Medicaid patients. If Medicare reimbursements drop below Medicaid, how to you think this will impact the ability of Medicare patients to receive health care?

With this scenario, is Medicare failing? What do you think?