In February 2011, a nursing home resident in Michigan wandered away in a blizzard, unnoticed by staff. He was wearing only pajama pants, a sweater, canvas shoes and a knit cap. A technician driving to work found him half an hour later at a busy intersection, wet and covered with snow, government inspectors wrote.

Five months later, a resident at a different Michigan nursing home climbed out of a secured window in the home’s locked dementia ward, hitchhiked a ride and was picked up by police hours later in a restaurant some 65 miles away. Nursing home staff did not even realize he was missing, inspectors found.

Were these incidents, known as “elopement,” isolated? Or do they suggest a pattern? Until recently, no one could really say how often such incidents occur.

Now, ProPublica has an app for that. 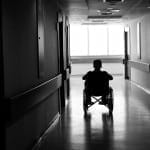 Drawing on government reports posted online last month, today we are launchingNursing Home Inspect — a tool that allows anyone to easily search and analyze the details of recent nursing home inspections, most completed since January 2011. As of today, that includes nearly 118,000 deficiencies cited against 14,565 homes, but we will add more each month as new reports become available.

Users can search across all the reports by any keyword, such as elope — a feature the federal government’s official nursing home website doesn’t have. The results can then be sorted by both the severity of the violation and by state.

Medicare coverage for a nursing home stay is limited to 100 days and you are required to pay a copay for 80 of those days.