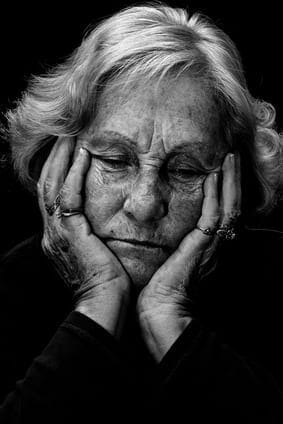 You are here: Home / Medicare / Turning 65 and Medicare Advantage Plus

Most people deal with aging in good fashion, but there is something about turning 65 that turns your world upside down. It doesn’t matter if you have retired early, are going to retire at 65 or keep on working.

At 65 you have some decisions to make. 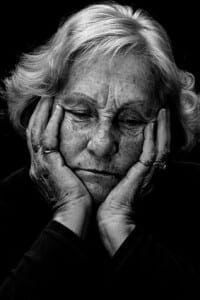 And then there is that Medicare thing.

Is a Medicare Advantage plan right for me? Do I need a plus plan as well?

Sharon is turning 65 and signed up for Medicare Advantage Plus

Sharon turns 65 in a few months but, like all other Georgia seniors, is bombarded with mail and phone calls about Medicare options. She responded to a solicitation and allowed this “nice man” to come to her home explain her options.

For some reason the only plan he explained initially was a new Medicare Advantage HMO from Piedmont Wellstar. Her doctor participated in the plan, and the $0 premium was certainly attractive, so she agreed to sign up …………. 4 months early.

Will your Medicare Advantage Plan be Available Next Year?

The $10 PCP copay’s were lower than other plans, as were the $30 copay’s for specialists. The Medicare Advantage plan included several Atlanta hospitals affiliated with Piedmont or Wellstar including one hospital less than 5 miles from her home.

Sharon is mostly healthy but she did have an emergency situation last year and had to spend a few days in the hospital then follow up doctor visits and medication she didn’t take before. She said that was a once in a lifetime situation but admitted there might be other unexpected medical situations that can come up without warning.

She was concerned about the lack of COVERAGE if she used a doctor or hospital that was not in the network. Sharon does like to travel to see her grandkids so not having her coverage follow her was a concern.

But the agent explaining all this was such a nice man and he gave her pens, a calendar, a coffee mug and other nice gifts.

At least he didn’t give her a Trojan horse …………

How does the Piedmont Wellstar Medicare Advantage plan work?

As the nice man explained the doctor copay’s, the ER copay’s and the daily hospital copay’s Sharon began to wonder if this Medicare Advantage plan was the right choice for her.

That was when the agent brought out the brochure for a Medicare Advantage “plus” plan to fill those gaps in coverage.  He explained that, while the Piedmont plan was one of the best ones in the state he said the Advantage plus plan will ease her mind and help her pay those bills not covered by her Piedmont plan.

The plan she was told she needed paid a daily hospital benefit, a lump sum confinement benefit. And just to be extra safe she should have the cancer benefit, DME coverage, ambulance and accidental death benefit.

This made her $0 premium Medicare Advantage plan less attractive but the nice man said she really needed it so she bought it.

Who knew turning 65 could be so difficult?

But does Sharon need a Medicare Advantage plan with the “plus”?

If the Piedmont plan is so good, Sharon wondered why she needed to pay an extra $121 per month for the plus plan?

So she started looking around at original Medicare and a Medicare supplement plan. That’s when she found Georgia Medicare Plans and our Medigap quote engine. Our site allowed her to learn about Medigap plans at her own pace without an agent tapping his fingers on the table while waiting on her to read a brochure. Sharon also ran her own quotes and compared plans side by side. 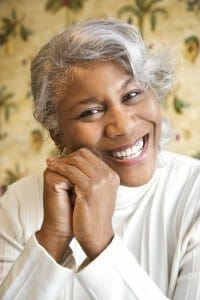 A few days after her visit I called Sharon to see if she wanted my help. After reading through the material on our site plus some automated emails, she had a pretty good idea of the way original Medicare and a supplement plan works, but she still had a few questions.

Are You Getting the Full Story?

We spent about 40 minutes on the phone. Sharon had a lot of questions. She is a good listener and now has a better idea of what she thinks she wants.

The more we talked the more notes I took and it became quite clear that Sharon was moving in the right direction but had not fully explored her Medigap options.

I have access to over 170 different plans and rates vs. the 20 or less consumers can view online. I described a plan that was similar in many ways to her Piedmont Medicare Advantage plan but had several advantages over the Advantage plan.

Best of all, the Medigap plan I recommended was $87 and gave her MORE coverage with LESS out of pocket than her Medicare Advantage Plus plan.

She likes the fact that she can leave Atlanta without leaving her coverage behind.

Sharon doesn’t have to review doctors and networks every year.

She likes the fact that she get’s MORE coverage for LESS money than she would have paid with the Medicare Advantage “plus” plan.

So why did the agent push Medicare Advantage Plus?

I don’t know exactly, but I do have a good idea.

The sales pitch was money motivated.

Instead of doing what was right by his client, the agent was being a salesman instead of an adviser.

Between the $0 premium Advantage plan and the “plus” policy, the agent was going to make about $1000 off that visit.

Don’t misunderstand me. Agents have to pay their bills but they don’t have to try and make their house payment off one sale.

Bob Vineyard has been in the health insurance business for 39 years. He makes his living the same way he always has, by educating clients on their options. And then helping them make sound decisions that deliver good value immediately and over the long haul.

Kenny Rogers said “You never count your money when you’re sitting at the table”. I never recommend any plan I would not buy for my family or recommend to a friend. And I believe you need insurance but there is no reason for you to spend all your money for a policy. Use your money wisely, make good decisions, and you will never regret it.

Why did Sharon drop her Medicare Advantage Plus plan?

If the plus plan was all that great Sharon might have kept what she had. But there were still gaps in coverage where she could have several hundred (or thousands) out of pocket.

The plus gap plan doesn’t pay for:

At Georgia Medicare Plans while others talk, we listen.

If you are turning 65 or you have been to this rodeo before, we believe we can help. Shop and compare!