You are here: Home / Medicare / 2013 Medicare Open Enrollment | What Do I Need to Know? Is the 2013 Medicare open enrollment the only time  I can buy or change Medicare plans? Can I change my Medicare supplement (Medigap) plan during the annual enrollment period? Am I required to buy new Medicare Advantage coverage or a new Medicare Part D policy?

UPDATED 11/19/2013 – Blue Cross and New Era increased rates for 2014. Blue is raising rates 8%, New Era by 6%. New Era is still the one to beat in most situations. Mutual of Omaha RAISED rates by 8% on existing United of Omaha policyholders (2nd increase this year) then a month later introduced Omaha Insurance Company (for new applicants) with rates that average 23% less than United of Omaha for the same plan.

Are you tired of carriers playing games? Shop and compare now.

The 2013 Medicare open enrollment is for the 2014 plan year for Medicare Advantage and Medicare Part D drug plans only. If you have or want a Medicare supplement plan you can do that at any time during the year.

During the 2013 Medicare open enrollment you can buy a new Advantage plan or drug plan if you wish.

If you currently have an Advantage plan or drug plan, you definitely should review your plan to see if you need to make a change. Some Medicare Advantage plans will no longer be offered in your area and you must pick a new plan or else you will be automatically enrolled in original Medicare.

If you enroll in original Medicare because of losing your current Advantage plan you have a GUARANTEED RIGHT to enroll in a Medigap plan with any carrier without going through medical underwriting.

If you choose to change your Part D drug plan there is no medical underwriting. Anyone can change their drug plan, or enroll for the first time during the 2013 Medicare open enrollment period.

Who is Eligible for Open Enrollment?

If you are currently enrolled in Medicare Part A and Part B, you are eligible to participate in the 2013 open enrollment period. You can buy a new Advantage plan or, in some cases, purchase a Medigap plan without medical underwriting.

Medicare Advantage plans change every year, often in very subtle ways. Your premiums may rise but that is not the only way you are affected.

Also copay’s, deductibles and coinsurance often changes from one year to the next. Your maximum out of pocket may change dramatically. Keep in mind your policy out of pocket maximum only applies to covered in network charges and do not include your prescription drug costs.

Even if your medications have not changed since last year, you should compare the formulary drugs on your current MAPD or stand alone drug plan to the new formulary for 2014. Drugs covered under your plan in 2013 may not be covered on the same plan in 2014 or your copay may have increased significantly.

Can I Change Medigap Coverage During Open Enrollment?

You can make a change to your Medicare supplement plan at ANY TIME during the year. Many are under the impression the ONLY time they can change is during the 2013 Medicare open enrollment period.  You can change your Medigap plan now if you wish.

If you want to buy a new Medicare supplement plan, choose wisely.

Most carriers do not publish their rates online. Most carriers require you to invite an agent into your home if you want rates and information. Most agents will not quote you a rate by phone or send a proposal by email. Many agents will only quote one plan with one carrier (usually Blue Cross or Mutual of Omaha) and will not tell you about money saving options.

Click now to shop and compare Medigap plans and rates. Up to 40 plans in 60 seconds.

Looking for the Most Affordable Medicare Supplement Plans?

You will not find low cost Medigap plans online, no matter how hard you look.

Last week Audrey contacted me about Medicare supplement plans. She had just turned 65 and had decided on plan F from Mutual of Omaha. 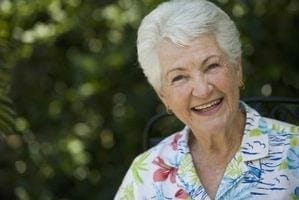 After all, her friends won’t steer her wrong, will they?

But consider this. Her friends have bought a Medicare supplement plan for the FIRST TIME. This is not like buying a car or a house which most of us have done several times over our 65+ years on this earth. How many car buyers do you know that found the perfect car at the right price the very first time?

How did your first car purchase go? Was it a great car that lasted and never gave you any problems? Did you ever wonder if you paid too much?

Audrey was having second thoughts about the plan she bought, so she called me.

I explained that Mutual of Omaha (United of Omaha in Georgia) is a fine company but is a bit overpriced. The plan F she wanted from Mutual of Omaha is currently $179. That same plan was $132 in 2010.

She can buy plan F today from several carriers that have a much lower price than Mutual of Omaha and the best rate today for her is $115.

She can change plans at any time but what else can she do with the $64 monthly savings that would benefit her?

One More Thing About Mutual of Omaha . . .

In a few days you will no longer be able to buy a United of Omaha Medicare supplement plan in Georgia. United of Omaha will still be around but NEW applicants looking for insurance from the Mutual of Omaha group will instead be offered a plan from Omaha Insurance Company.

That plan that Audrey bought just a few weeks ago for $179 is now available from Omaha insurance for $149.

Do you care to guess what will happen to Georgia seniors that have United of Omaha Medigap plans? If you think their rates will go down you are wrong. Instead, their rates will continue to go up and up and up.

When you are weighing your options for the 2013 Medicare open enrollment, make sure you understand all that impacts you.

The 2013 Medicare open enrollment is only for Medicare Advantage and Part D drug plans.

You can change your Medigap plan at ANY time during the year. When you shop and compare Medicare supplement plans you do not have to invite strangers into your home. You can compare plans from the comfort of your home as long as you know where to look and understand the most affordable Medigap plans are NOT found online.