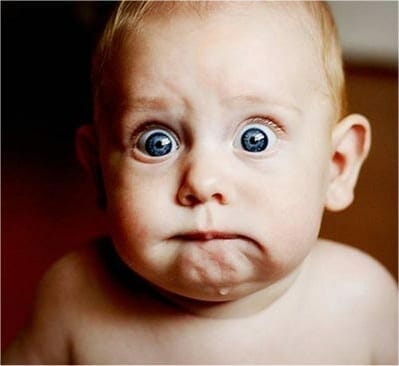 You are here: Home / Enroll in Medicare / 4 Mistakes Retirees Make in Choosing a Medicare Plan

What are the 4 mistakes you can make in choosing a Medicare plan? Do you understand the difference in original Medicare and private Medicare Advantage? Do you assume the plan your friends bought is best for you? Did you ask a knowledgeable agent to help or just shop online to find a plan? Have you budgeted for the total cost of health care? Don’t make the same mistake Tony made.

Many consumers start by shopping online, which is not a bad way to go as long as you understand the results. Others ask their friends about the kind of coverage they have. Nothing wrong with that as long as your friends researched and understood their options.

Sadly, too many end up repeating the same mistakes their friend made an only realize when it is too late to make a change.

Shop and compare over 170 different plans in the comfort of your home.

You might be surprised at how many fail to understand the difference in original Medicare vs. a private Medicare Advantage plan. They think their Advantage plan is a supplement to Medicare.

Medicare annual open enrollment is when everyone can make changes in their plan.

Medicare and a supplement is more expensive than Medicare Advantage.

Original Medicare allows you to use any doctor, lab or hospital without penalty. You can travel anywhere in the country and have the same level of coverage as you have at home. You can keep the same plan, and doctor, from year to year.

Medicare Advantage picks doctors for you. If you use someone that is not in network, you pay a penalty. Your doctor can be fired from the plan in the middle of the year. United Healthcare has made headlines because they told participating doctors they were no longer needed, leaving patients high and dry.

Can you afford to make that mistake?

Letting your friends pick a plan for you

Have you ever had a friend set you up for a blind date? Oh, they mean well, but most of the time you will smile and be pleasant while inside you are saying to yourself “What were they thinking?”.

One of the 4 mistakes many people make is buying the same plan a friend has. If you follow this philosophy you will probably buy a $0 premium Medicare Advantage plan or buy Medigap plan F from United Healthcare (AARP), Blue Cross or one of the current Mutual of Omaha companies.

What could be better than $0 premium? And your doctor(s) are in network so is there anything else to consider?

The $0 premium plan with $0 deductible might be just right, but did you estimate what your health care costs will be?

And about that plan F.

Depending on your age, gender and zip, Medicare supplement plan rates vary considerably. I recently ran a quote for a female, age 65, in Conyers. The United Healthcare (AARP) plan F was 19th on the list of plans ranked from lowest premium to highest. Blue Cross was 23rd.

If you are really sold on plan F you could have saved $350 a year (or more) if you had purchased from someone OTHER than the name brand carrier.

You would have saved even more, almost $600 a year, by choosing plan G ………. a plan not offered by United or Blue.

Amazon is the worlds largest retail shopping mall. You can find almost anything you want. Sometimes it is a good price, sometimes not. When the purchase arrives, if you don’t like it you can return it.

Too often you won’t know if you like the plan until you actually use it. By then it may be too late to exchange it.

If you go to Medicare.gov there is a lot of information about Medicare Advantage and drug plans, but almost nothing usable when it comes to Medigap.

A common piece of advice on Medicare Advantage is to make sure your doctor is in network but how many times do you stop to check your medication list?

The biggest hassle in online shopping is landing on a site that will sell your information to dozens of insurance agents. Your phone won’t stop ringing and your email will be stuffed with “buy me” notices.

Georgia Medicare Plans never sells your information to anyone. We call once. That’s it. You decide if you want more information.

Tony is turning 65. Like everyone else he is bombarded with information about available plans. And Tony has asked friends which plan they have and would recommend.

But Tony also likes to do his own research. That’s how he found me.

Most of his friends have a $0 premium Medicare Advantage plan. Tony has a chronic condition that is under control and he has doctors he trusts. He wants a plan that includes his current doctors.

Tony was proactive and asked his doctors which plans they accept.

That’s when he found my site. And then he called.

We talked for a few minutes and discussed the differences in original Medicare and a supplement plan vs. Medicare Advantage. Tony was not aware that doctors can be dropped from an Advantage plan in mid year. He also was not aware of the out of network restrictions and penalties. We discussed out easy it is to slip out of network, especially with P.A.R.E. claims.

Then we talked out Medicare and Medigap plans. We also looked at his expected annual cost of health care.

Failing to consider your cost of health care is one of the 4 mistakes almost everyone makes.

But it was the discussion about his meds that brought things to a head.

Tony takes two specific medications to keep his health in control. One is relatively inexpensive, the other is not. He gave me a complete list of his medications and I ran a prescription drug report for him.

After looking over the list I decided to do something I rarely do. Medicare drug reports are quite detailed, and confusing. I normally just show clients the top two plans rather than sending them 20 or more to review.

I repeated the process for the $0 premium Advantage plan he said he wanted.

Then I compared the results.

The Medicare Part D plan with the lowest annual drug costs would result in $3,000 in out of pocket costs for his medications.

The $0 premium plan would have him spending almost $9,000 for the exact same medications.

If Tony had taken the advice of his friends and purchased the $0 premium Advantage plan he would have made a $6,000 mistake.

Can you afford to make that kind of error?

Give us a call to discuss plans that fit your needs AND budget. Or you can start the process by using our online instant quote engine.