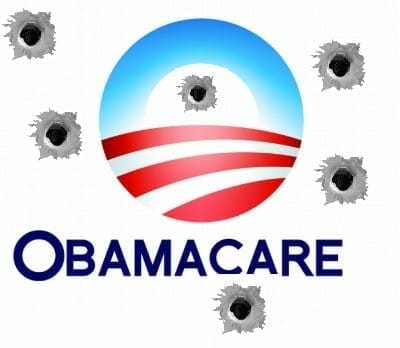 You are here: Home / Medicare / Bill Jones Didn’t Have to Die

Bill Jones lived in Lumpkin, Georgia and died of a heart attack because the nearest hospital was 40 miles away. But Bill Jones didn’t have to die.

Pam Renshaw in Folkston, GA had a similar challenge when her 4-wheeler crashed and caught on fire. The nearest hospital was 9 miles away but it had closed 6 weeks earlier. It was 2 hours before Pam could get to the nearest hospital, in Florida, and receive much needed attention.

Rural hospitals all over the country are closing and the south seems impacted more than other areas of the country. A combination of factors including a struggling economy and the decline of the middle class plus new rules imposed on medical practices under Obamacare have resulted in hospital closings.

When a hospital dies local residents lose access to critical care. The closing of Stewart-Webster Hospital in Richland, Georgia did not make national news. But residents of rural Stewart county Georgia are very much aware of the impact of the closing of their local hospital.

Georgia Medicare Plans has rates on more than 170 different plans in your area. We can’t stop the hospitals from closing but we can make sure you have access to the best hospitals in your area. Rates in Georgia have been trending lower over the last 2 years and you are probably paying too much.  Shop and compare Medigap plans instantly.

Bill Jones was born in Cuthbart, GA, about 20 miles south of Lumpkin where he lived and worked. Bill did many things during his adult life but his love of farming became his life.

If Stewart- Webster hospital had not died in 2013 perhaps Bill would still be alive.

Stewart-Webster Hospital had only 25 beds when it still treated patients. The rural hospital served this small town of 1,400 residents and those in the surrounding farms and crossroads for more than six decades.

But since the hospital closed in the spring of (2013), many of those in need have to travel up to 40 miles to other hospitals. – USA Today

40 miles may not seem like much to some people. That’s the distance from Acworth, GA to Hartsfield airport. With no traffic that is a 42 minute drive down I-75.

But in an emergency that 40 miles can mean the difference in life and death.

If you are driving from Acworth to Hartsfield you will drive past Kennestone Hospital, Windy Hill Hospital, Piedmont Hospital and Grady. Other than Grady which is right off the interstate, you probably don’t think about the drive. But if you are in need of critical care things are different.

Perhaps that is the way Bill Jones felt that day as the ambulance took him past Stewart-Webster hospital and on to a hospital 40 miles away.

In the last 4 years at least 7 Georgia hospitals have died. At least some of them closed because of Obamacare.

According to the USA Today article, rural hospitals are being squeezed in two ways.

The Affordable Care Act was designed to improve access to health care for all Americans and will give them another chance at getting health insurance during open enrollment starting this Saturday. But critics say the ACA is also accelerating the demise of rural outposts that cater to many of society’s most vulnerable. These hospitals treat some of the sickest and poorest patients — those least aware of how to stay healthy. Hospital officials contend that the law’s penalties for having to re-admit patients soon after they’re released are impossible to avoid and create a crushing burden.

Many U.S. counties had no hospitals after the Great Depression and World War II. But the 1946 Hill-Burton Act sought to change that with grants and loans for the construction of new hospitals. The number of hospitals soared, creating the backbone of today’s modern health system.

Obamacare changes the way hospitals are reimbursed, and penalizes those that have higher than normal readmission rates.

But the $1 million or more it was going to cost to change over to electronic records was one of the last straws for Randy Stigleman, former owner of Stewart-Webster.

Declining revenues, new fines and penalties and the cost of upgrading put’s a nail in the coffin of rural hospitals.

The law also impacts those on Medicare.

Lumpkin, GA residents have only 6 Medicare Advantage plans including 4 from Humana, 1 from Care Improvement Plus and 1 from Wellcare.

If you live in Stewart county there are 7 hospitals within 30 miles of Lumpkin, Georgia. But only two hospitals are in the Humana Choice Medicare Advantage plan and the nearest ones are in Cuthbert, GA or Eufaula, Alabama.

When you have original Medicare and a Medigap plan you can pick from over 170 different plans and have access to all hospitals in your area.

Savings are meaningless if you can only use a handful of doctors and hospitals in your area. We have Medigap plans starting at $80 per month for a female, age 65 in Stewart county Georgia. If you are paying more than this or if you have to drive 30 miles or more to use a participating doctor or hospital, we need to talk.

Bill Jones didn’t have to die. We can’t bring back Stewart-Webster hospital but we can provide you unfettered access to health care in your area and probably save you some money.

How simple is that?