You are here: Home / Medicare / Can My Doctor Refuse to Treat Medicare Patients 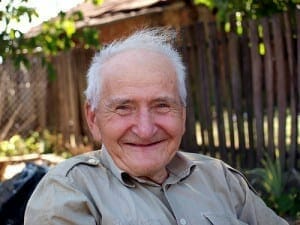 Can My Doctor Refuse to Treat Medicare Patients

Doctors are not obligated to treat any patients and this is no different if you are on Medicare or Medicaid.

Most Medicare Advantage plans have networks. If your doctor does not participate in that plan they may refuse treatment.

One of my first Medicare clients was a fellow named Ed. He was a very nice gentleman and when his primary care doctor told him to find another doctor for follow up treatment Ed was upset.

Ed knew me as a result of some advice and counsel I had given his wife a few years earlier. When Ed’s doctor “fired” him Ed called me for advice.

That’s when he found out that some doctors DON’T take Blue Cross, at least when it comes to Medicare Advantage plans.

Due to Ed’s COPD he could not qualify for a Medicare supplement plan through normal channels and it was too late to switch to another Advantage plan that would include his doctor.

But Ed did qualify for a Medigap plan due to a little known escape hatch in the Medicare laws.

Ed lived another 2 years after that and hardly a month went by without someone calling saying “Ed told me to contact you about Medigap coverage”.

Your doctor may treat you but refuse Medicare

There is another situation where your doctor may agree to treat you but refuse to bill Medicare. In that situation, you are responsible for the full bill.

Many medical practitioners that treat psychiatric conditions have opted out of the Medicare system.

A doctor that refuses to treat Medicare patients is well within their rights if they have opted out of Medicare.

Find out the facts BEFORE you make a mistake. Shop and compare Medicare plans in the comfort of your home.