You are here: Home / Medicare / Elderly on Medicare Are a Financial Drain 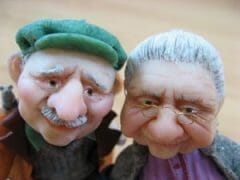 Elderly people on Medicare are a financial drag on government provided, taxpayer funded health care. This is especially true for those who have a terminal condition. Taxpayer funds are used to pay for care that does not improve quality of life and rarely extends life. End of life care is expensive.

The government confirms this by stating “the elderly are an unnecessary drain on the country’s finances”.

Taro Aso said, “the elderly should be allowed to “hurry up and die” to relieve pressure on the state to pay for their medical care.”

If the name Taro Aso doesn’t ring a bell, there is probably a reason why. Mr. Aso is the Finance Minister for Japan.

“I see people aged 67 or 68 at class reunions who dodder around and are constantly going to the doctor,” he said at a meeting of economists. “Why should I have to pay for people who just eat and drink and make no effort? I walk every day and do other things, but I’m paying more in taxes.”

“Heaven forbid if you are forced to live on when you want to die. I would wake up feeling increasingly bad knowing that [treatment] was all being paid for by the government,” he said during a meeting of the national council on social security reforms. “The problem won’t be solved unless you let them hurry up and die.”

But wait. This isn’t just about old people on Medicare. In Japan EVERYONE is on taxpayer funded health care.

Aso’s comments are likely to cause offence in Japan, where almost a quarter of the 128 million population is aged over 60. The proportion is forecast to rise to 40% over the next 50 years.

Japan’s population composition and projections are similar to what we have in the U.S.

Wonder how folks on U.S. Medicare feel about this?

Not your problem you say? That is Japan, not the U.S. and you are not on Medicare.