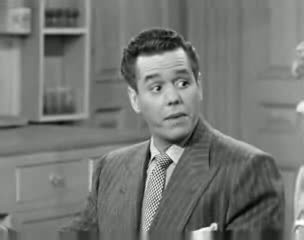 Free colonoscopy! Courtesy of Obamacare, everyone is entitled to a free colonoscopy when it is age appropriate. You may also be eligible for a colonoscopy at no charge (to you) based on your medical or family history. Normally this procedure is $1200 – $1500 but the folks at Obamacare have said you can have it at no charge along with over 100 different preventive services.

Free birth control was not part of the law but it just sounded so good they decided to shoehorn that in because it worked into the overall political pitch. Along with you can keep your plan and your doctor why not throw in free contraceptives?

Nothing has been more confusing in the law than the much touted “free” colonoscopy. I still get calls from clients when they open a bill from their doctor and are surprised to find they owe several hundred dollars for this free procedure.

In fact, I had a call just this morning and had to explain the difference in free and not exactly free because we were only kidding.

For starters, let’s address the meaning of the word free.

Free doesn’t mean there is no cost, it simply means you don’t pay directly for this procedure. Think about that for a moment.

The doctor doesn’t work for free. The exam room, drugs, equipment and assistants aren’t free. Someone has to cover the cost. That someone is everyone else that has coverage through Medicare or a private insurance plan.

In the case of the free colonoscopy it is only free until it isn’t.

Depending on your age or medical history, a colonoscopy might be appropriate. Dr. Stephen Schimpff offers this explanation.

The concept and purpose of colonoscopy is to find a polyp and remove it before it turns into cancer. Colon cancers arise from polyps. Polyps are common but only a minority of polyps progress to cancer. But if removed they obviously cannot become colon cancer. Colon cancer is the third most common cancer in men and women in the USA with about 150,000 new cases per year, behind only lung, breast and prostate cancers. And it causes about 50,000 deaths per year. Prevention obviously makes sense. – Kevin MD

No one really wants to go through the procedure but most don’t want to get cancer either. If you are in a high risk category you probably should schedule your procedure sooner rather than later.

I have a close relative that has a significant family history when it comes to cancer. Her mother and father both died from cancer. All of her fathers siblings died from cancer and (if I remember correctly) so did two of her mother’s siblings.

So far she has been cancer free but has been conscientious in taking care of her overall health and making sure she has regular screenings.

When does a colonoscopy change from free to not free?

You are not the first one to ask and you won’t be the last. Even doctors can be confused about the free colonoscopy.

A check at healthfinder.gov stated that colonoscopy was covered by the ACA and that, “if your doctor finds polyps inside your colon during testing, these growths can be removed before they become cancer.”

I decided to call the doctor’s billing office to check. After the clerk talked to her supervisor she called back to say that I was correct that there was to be no deductible if it was a simple “screening” colonoscopy. But since the doctor had found and removed a polyp it became a therapeutic procedure. Medicare and Medigap (and apparently commercial insurers as well for those under 65) do not recognize this as a preventive screening procedure under the ACA guidelines. Hence I was on the hook for the remaining $65.52.

Now $65 for a colonoscopy isn’t bad at all, but when you were expecting free you deserve an explanation. When the government designed Obamacare it was obvious they had no idea how insurance works and were completely clueless with regard to the claim process.

With the free preventive screenings, the intent was good. Encourage people to get tested for as many things as possible and keep the entry fee for those screenings at a minimum. If something can be caught early it won’t be as costly to treat over the long haul.

Kind of like routine maintenance on your car. Change the oil on a regular basis, check the fluids and you can get a lot of miles out of your car and avoid expensive repair bills in the future.

It isn’t foolproof but certainly better than no preventive maintenance at all.

But when it comes to coding medical care there are different codes for preventive procedures vs. diagnostic.

Generally, once something out of the ordinary is discovered the coding changes from preventive to diagnostic and the procedure is no longer free.

Someone neglected to tell that to the Congress critters when they were writing the legislation.

I sometimes feel like I am Ricky Ricardo talking to Lucy. “Lucy, you got some splainin’ to do”.

Dr. Schimpff and his Medigap plan

The doctor makes several references to his high deductible Medigap plan. After all was done and billed his out of pocket cost for the procedure including doctor, facility fee and anesthesia was $250. Not bad for something that was billed out at $2634 but more than “free”.

I presume Dr. Schimpff  is referring to a Hi F plan where after Medicare does their part his share of the cost is to pay the remaining balance up to $2160. Once the deductible is satisfied the Medigap plan pays 100% of remaining approved Medicare A and B charges for the balance of the year.

In some areas and at some ages the high deductible plan made sense at one time. Here in Georgia someone age 65 could buy a Hi F plan from Blue Cross for less than $40/month a few years ago.

Blue Cross no longer offers Hi F. I assume they lost too much money on the plan. Depending on your age, gender and zip, you can get Hi F for $58 per month. Still not bad, but not great either.

You still have to pay the first $2160 in charges before the plan pays so it probably is a good value as long as you are healthy.

But most clients would rather pay an extra $30 per month and get Medigap plan N with no deductible and a $20 office visit copay.

Plan N is also a good alternative to Advantage plans where you have doctor and hospital networks to contend with.  Most Advantage plans cap your OOP (out of pocket) expenses for approved, in-network claims at $5900 to $6700 while others have no cap.

Why have a plan if there is no upper limit on your OOP expenses?

If you live in Gilmer county there are 7 Medicare Advantage plans available to you but over 170 different Medigap plans and everyone of them, including Hi F, have less out of pocket than the Advantage plans.

Why pay upwards of $90 per month for an Advantage plan that has a network but does not limit your OOP expenses when for the same monthly premium you could have plan N?

Have you checked our plan N rates lately? Plan N is not for everyone but we have a lot of clients looking for great value and they pick plan N based on their needs and budget.