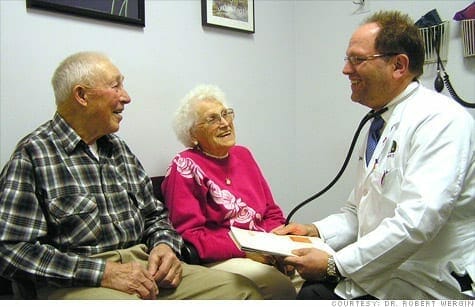 You are here: Home / Medicare / Georgia Medicare Doctors Say No 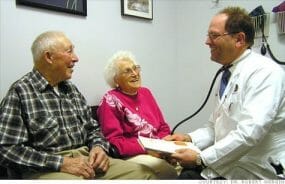 A wave of aging baby boomers will soon join the estimated 1.2 million Georgians currently on Medicare, but fewer Georgia Medicare doctors are taking new patients, according the American Medical Association.

“They’re going to find it much harder to find a physician that will accept the low payments that Medicare is giving, because they can’t afford to,” American Medical Association Chair Dr. Robert Wah said.

If Georgia Medicare doctors are not accepting new patients, what is a person to do?

You could purchase a Medicare Advantage plan from an HMO such as Kaiser. The structure of the KP HMO is such that finding  Georgia Medicare doctors is much easier than other MA plans or those with original Medicare and a Medigap plan.

“They’re going to find it much harder to find a physician that will accept the low payments that Medicare is giving, because they can’t afford to,” American Medical Association Chair Dr. Robert Wah said.

The payment formula used to fund Medicare has come up short for the past decade, forcing congress to pass short-term fixes to avoid cutting reimbursements to doctors. But doctors are getting tired of the threat of cuts, so more are choosing not to accept new Medicare patients.

“Physicians are dedicated to their patients. They want to take care of their patients, so they’ll probably stay with their current patients, but the new patients will have trouble,” Wah said.

Georgia Medicare doctors cannot afford to lose money on new patients. Don’t expect Congress to do anything until January when they reconvene after the election. The economy and middle east are hot election topics but seniors on Medicare are also keeping a watchful eye on how DC will implement cuts in Medicare funding.

“We will improve health care only if and only to the extent that the federal government backs away from micromanaging the health care sector,” said the Cato Institute’s Michael Cannon.

The current Medicare fix runs out at the end of February. Unless Congress acts, Georgia doctors will lose an average of $31,000, according to the American Medical Association.