Medicare is monitoring hospital readmissions and they are not happy. Georgia Seniors on Medicare need to know their rights when they are admitted, and then readmitted to the hospital for the same medical condition.

If Medicare get's their way, hospitals could be held financially responsible for seniors on Medicare that may have been discharged too soon. 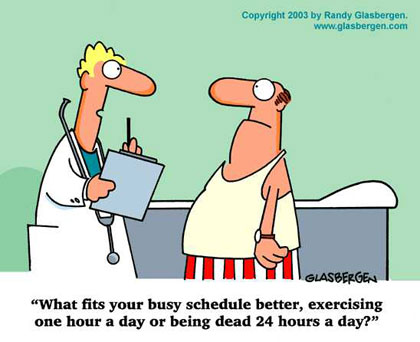 In an effort to save money and improve care, Medicare, the federal program for the elderly and disabled, is about to release a final rule aimed at getting hospitals to pay more attention to patients after discharge.

A key component of the new approach is to cut back payments to hospitals where high numbers of patients are re-admitted, prodding hospitals to make sure patients see their doctors and fill their prescriptions.

Medicare also wants to pay less to hospitals with higher-than-average costs for patient care. It has proposed calculating the costs by combining a patient’s hospital expenses with fees incurred up to 90 days after discharge.

In other words, if Medicare decides you were discharged too early the HOSPITAL, not Medicare, will be responsible for covering the cost of your care.

Medicare states that hospital readmissions cost Medicare about $26 billion over a 10 year period.

Now $26 billion might seem like a lot of money to you and me but Washington loses that much change in the sofa on a weekly basis.

Medicare’s penalties could be significant — and widespread. Almost 7 percent of acute-care hospitals — 307 out of 4,498 — had higher-than-expected re-admission rates for heart failure, heart attack or pneumonia, according to Medicare data. Under Medicare’s draft proposal, which it put out in May, penalties would start in October 2012 and hospitals with the worst re-admission rates eventually could lose up to 3 percent of their regular Medicare payments.

Hospitals with patients who cost Medicare lots of money during and after their hospital stays also could be hurt. Beginning in October 2013, these spending levels would count for a fifth of Medicare’s “value-based purchasing program,” which alters hospital payments based on a long list of quality measures.

This does not look good for Medicare beneficiaries either.

“The incentives we’re putting into place have created a whole new way to think about hospital care,” said Jonathan Blum, deputy administrator of the federal Centers for Medicare and Medicaid Services (CMS).

OK this might be a stretch but rationed health care wears many faces.

“The more hospitals realize they’re going to be held accountable, that’s where they are going to get creative,” Patel said.

Medicare was never designed to cover all the cost of a hospital stay. The current Medicare Part A deductible is $1132 per admission for the first 60 days. If the hospital is not found liable for an early discharge, who pays?

Or if the hospital appeals the charge that they should be liable for any readmission, who pays until the appeal process is complete?

The answer could be that YOU pay.

How much money do you have in your bank to cover one or more readmissions?

Georgia Medicare supplement plan G will cover the cost of your hospital deductible and much more. GA Medigap quotes allows you to compare mutilple plans side by side to find the best plan and premium for your dollars.