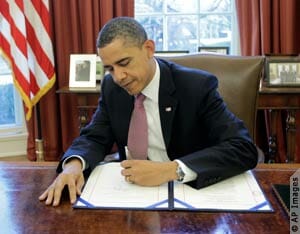 A new law signed by President Obama will make the popular Medicare supplement plan F illegal. Reforming SGR (the Sustainable Growth Rate), commonly referred to as “doc fix” has been a goal of Congress for years. The new law, passed on a bi-partisan vote and signed by the President saves millions of dollars for Medicare but also will outlaw Medigap plan F.

The most popular plan among Georgia seniors is Medigap plan F. This is especially true for retirees turning age 65. Most GA retirees lose their regular health insurance plan at age 65 and want to leave behind all the copay’s, deductibles and coinsurance.

So they buy Medicare supplement plan F. Your plan F pays 100% of approved Medicare Part A and Part B expenses. What could be more simple?

We think there are better values than F and do our best to educate clients on ways to get the most VALUE for their dollar.

With more than 170 different Medigap plans in Georgia, how do you find the right one?

It’s almost impossible to do that by yourself. Most sites on the internet are data harvesting sites that will take your information and sell it to dozens of agents. The more sites you visit, the more phone calls you will get from brokers trying to sell you anything and everything.

Even the sites (like GA Medigap Quotes) that offer instant rates only have 20 or so plans to pick from. Most carriers do not allow their rates to be illustrated online so the only way to get information on all plans is to talk with a broker specializing in Medicare.

Bob Vineyard has more than 40 years in the health insurance business and focuses his practice 100% on the Medicare market. Bob is a baby boomer, going on Medicare in September, 2015. He can identify with your concerns and will take the time to explain all your options.

Congress wants to “save” Medicare and they will do so by making US PAY MORE.

President Obama recently signed the most significant Medicare legislation in years–a plan to fix a Medicare formula that threatened to slash payments to doctors every year. The law achieves several positive Medicare reforms, but it will increase some costs for enrollees.

But the plan comes with a significant price tag. It will increase federal deficit spending by $141 billion from 2015-25, and it calls for savings to the government by boosting premiums for high-income seniors ($34.7 billion in savings) and by prohibiting Medigap from covering the Part B deductible for new enrollees beginning in 2020 ($400 million in savings). The plan also will mean somewhat higher Part B premiums spread across the entire base of seniors. – MorningStar

Starting in 2020 the government will no longer allow plan F to be sold.

Presumably, if you have plan F now you will be “grandfathered” in and be allowed to keep it. That’s good news for those who have F now or will be purchasing when they turn age 65.

Why does the government want to tell you what kind of plan you can and cannot have if it is YOUR money?

The goal is to give seniors more “skin in the game,” which conservatives have long argued would lower costs by making patients think twice about using medical services if they know they must pay something for all services they use.
The idea is to encourage enrollees to utilize less health care by eliminating first-dollar coverage. Research confirms that higher out-of-pocket expense will result in people using fewer services, but that’s not always a good thing. A 2011 study by National Association of Insurance Commissioners (NAIC) found that beneficiaries may avoid necessary services that worsen their health in the long run, increasing the need for more intensive care and driving up Medicare costs. The NAIC report also found that once patients do seek care, it is doctors and other health-care providers who drive up utilization, not patients.

Apparently the folks in DC think we LIKE going to the doctor. If they penalize us by making us pay MORE to see a doctor this will save Medicare.

But what does it do to us? Will we become sicker as a group when we can’t afford to go to the doctor because Washington wants to do what they think is best?

Are you currently paying too much for your Medicare supplement plan? Most people are, by an average of $500 per year. That is money that could be in YOUR pocket instead of going to the insurance carrier.

Check out our Medigap rates with an instant quote.