Mutual of Omaha will be raising rates on Medigap plan N. The plan was introduced by United of Omaha (a Mutual of Omaha subsidiary) in 2010 and pulled from the market less than a year later. Individuals that bought plan N either moved to another carrier (if they were healthy), kept the plan (and the rate increases), dropped Medigap completely or enrolled in a Medicare Advantage plan. 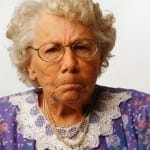 It is highly unlikely plan N enrollee’s were able to move to another Medicare supplement carrier since the United of Omaha plan N was guaranteed issue when first introduced.

Omaha Insurance Company rates were approximately 26% less than United of Omaha rates for the same plan.

On October 1, 2014 United of Omaha plan N policyholders will receive a 9.9% rate increase in Georgia.