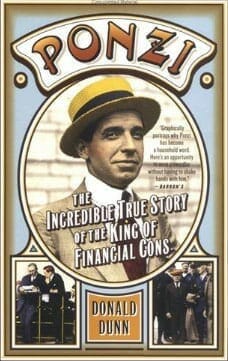 You are here: Home / Medicare / Playing Politics with Social Security

Many baby boomers thought Social Security would not be around by the time they had their 65th birthday. We are barely 4 years into the boomer generation, born from 1946 through 1964, but already the folks in DC are wondering how to deal with 10,000 of us crossing the finish line every day. The Social Security Trust Fund has been raided so often there is little left in reserve to pay our benefits.

Social Security and an aging population

As Suzanne Fields writes in the Washington Times …

At the beginning of the 20th century, a baby born in America was expected to reach the ripe old age of 47. My grandson, delivered on Christmas Eve, can anticipate living to the age of 79. If progress continues, his life expectancy will rise to 88. At the end of the century, the norm may be a cool 100.

Along with The Greatest Generation, Boomer are living longer, healthier lives. Improved lifestyles and the miracle of modern medicine allows us to live longer, more productive lives.

When Social Security was created the average life expectancy was 61. Only 54% of men and 60% of women lived to age 65. Congress only had to fund benefits for less than half the people born in 1935. The rest would pay into the system but never collect.

And to think they threw Charles Ponzi in jail for his scheme which involved using funds from new investors to pay returns to the early investors.

Social Security was always designed to be a “pay as you go” system where retiree benefits were funded by payroll taxes on the current labor force.

Despite popular belief, you do not have your own Social Security account. When you reach retirement age your benefits are paid from the payroll tax revenues on current workers. Money you paid in over your working lifetime were used to pay retirees.

The flip side is, if you die before you retire you get nothing. Your estate will receive a $255 death benefit. The rest of the money you paid in is gone.

How did we get to this point?

The folks in DC found a way to turn a promise of “security” into a vote buying scheme. Promise more benefits with the belief that the next generation can fund the promises.

In the distant past, Social Security was a “pay-as-you-go” system, where current tax collections paid for current benefits. The Social Security trust fund idea gave us the illusion that we were advance funding Social Security benefits, in a manner similar to the private pension system. In reality, though, Social Security is still pay-as-you-go, with the difference being that future generations will pay for both the benefits outlay and the repayment of principal and interest on the special government bonds in the trust fund. – CBS News

Congress borrowed from Peter to pay Paul. Current workers are not only funding current retiree benefits but also paying back the loans (in the form of government bonds).

Part of the problem is there are fewer workers for each retiree than there were when Social Security began. People are living longer now and retiring earlier. This is a problem.

Congress has created a monster with an insatiable appetite so what can they do to tame the beast?

Social Security is based on age assumptions rooted in the last century, but Social Security remains “the third rail of politics.” A president touches it at his peril. The last president who raised the qualifying age for benefits was Ronald Reagan, our oldest president. President Obama, with a new conservative Congress, will not likely do much more than talk about the problems of Social Security, although its pay formula remains unsustainable. – Washington Times

In case you missed it, the normal retirement age for full Social Security benefits is no longer age 65 for the Greatest Generation, Boomers and those that follow.

Age 66 is the new NRA for people born from 1943 through 1954. The last of the boomers must wait until age 67 to collect their NRA full benefit.

Every year our elected officials debate ways to keep Social Security solvent. Some of the ideas have already been implemented including raising the NRA and taxing benefits if you have earned income above a certain level.

Other ideas considered but not (yet) implemented include:

We have no way of knowing which (if any) of these considerations will be implemented. What we do know is this. Congress can’t afford to keep kicking the Social Security can down the road and we can’t bury our head in the sand and pretend everything is fine.

Here are a few suggestions for those who will be retiring soon or are already retired.

Retirement planners and financial advisers suggest you enter retirement debt free but that isn’t always possible. In addition to a mortgage, many retirees still have student loan debt. Some is their own debt while others may be on the hook for loans as a co-signer. These calculators at Bankrate can be helpful if you have debts that still need to be paid off.

Improving your health has many benefits including lowering your monthly outlay for medication. Walking is something most of us can do and all it costs is a decent pair of walking shoes. I get mine at Kohl’s for less than $100. Best money I have ever spent on my health and I got a quick return.

Last summer I started walking 4 miles a day, usually in the A.M. before it got hot. Within a month I had lost 6 pounds and dropped my BP from 141/92 to a more respectable 126/82. Not bad for a chubby guy going on Medicare later this year.

My mother battled high BP all her life and died of a stroke at 82. I vowed not to follow in her footsteps and now maybe I am improving my odds.

Most people pick a Medicare plan based on the monthly premium. If you are like that you are looking at the wrong end of the equation. Retirees on Social Security should look at the cost of their health care rather than the premium. A low premium Advantage plan could leave you with several thousand dollars in out of pocket costs for health care or prescription drugs. Same can be said for Medicare Part D.

I ran a report for a new client that only takes two medications. He mentioned at $15 plan from Humana as one he had considered. When I ran a report for him a $20 plan offered a better value. Even with the $5 higher monthly premium he would save almost $400 per year in drug costs. It would have been very shortsighted to have looked at the premium alone.

This same client wanted Medigap plan F and was trying to decide between AARP/United at $180 and Blue Cross for $192. I showed him plan G for $132 but he insisted on plan F.

We compromised on plan F for $151 and still saved him money over plans he picked on his own.

He can stretch his Social Security check a little farther now by saving over $65/month on his medications and Medicare supplement.

We might be able to save you even more. It all starts with a free Medigap quote.