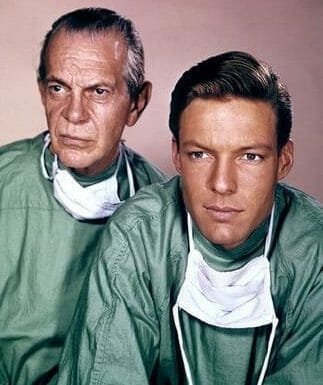 You are here: Home / Medicare / Why Doctors Refuse to Take Medicare Patients

Have you ever wondered why doctors may refuse to take Medicare patients? Until it happens to you, it probably doesn’t cross your mind. What’s wrong with paying a doctor to cure your medical condition? Some doctors are dialing back their Medicare patient load because of Obamacare. If the new bi-partisan “doc fix” passes, finding a Medicare doctor willing to treat you may become more challenging. Changing the way doctors are paid for treating Medicare patients will NOT increase access to health care. Congress’ remedy for “fixing” Medicare has much in common with the Atlanta Public Schools cheating scandal.

Medicare needs “fixing” for one reason.

Medicare is running out of money due to poor design and politicians are ignorant about the mechanics of Medicare, unwilling to take the necessary steps to correct the problems, or both.

Over 80% of retirees are paying too much for their Medicare plan.

• The American Osteopathic Association says 15% of its members don’t participate in Medicare and 19% don’t accept new Medicare patients. If the cut is not reversed, it says, the numbers will double.

• The American Medical Association says 17% of more than 9,000 doctors surveyed restrict the number of Medicare patients in their practice. Among primary care physicians, the rate is 31%.

In some cases it is because your doctor is not in your Medicare Advantage network. Others are just not taking NEW Medicare patients. Or you may be put on a waiting list.

Getting in to see a Medicare doctor can be a challenge, and it is about to get worse if Congress get’s their way. The new bi-partisan solution for fixing Medicare may lead to LESS access to health care, not more.

How Washington will fix Medicare

Buried within the 2300 pages of Obamacare legislation plus another 15,000 pages of regulations is something that, on the surface, seems brilliant.

Rather than paying doctors just to treat you, why not pay doctors to make you well?

Seems so simple. But it has a dark side.

The “new” way of paying for health care (when it is THEIR money) is rooted in a pay-for-performance idea that has already been tested and failed.

Perhaps you have heard of the APS cheating scandal?

Our clients save more than $500 per year on average by switching Medigap plans.

That is money YOU keep rather than sending to the insurance company.

Over 170 different Medicare supplement plans in Georgia and you probably only saw 6 or less.

Pay teachers based on results and reward those who achieve better results than the norm.

The old way of merit pay based on seniority and level of education seemed wrong according to some. I will agree it isn’t perfect, but the new way had some unintended consequences.

Use standardized testing scores to evaluate the effectiveness of the teacher. Give pay increases and bonuses to teachers whose students show the most improvement in standardized tests. Use the test scores to weed out teachers that are not producing the desired results.

What could possibly go wrong?

The old merit pay did not measure effective teaching. The new way provides a way of measuring teacher performance.

The result was, teachers were paid to “teach to the test”.

Teach students how to become good test takers. It did not matter if the students actually learned the material and how to apply it to real lift. As long as they could pass the test the world was better.

But there were unintended consequences.

From 2004 through 2011 some schools saw a 31% increase in test scores. Others achieved 100% of their required minimum level of achievement. The investigation found that some students passed the test without even taking it.

Fraud was rampant. Bonuses in the tens of thousands were paid out.

All because of a federal program designed to reward schools that showed improved, measurable results. The “No Child Left Behind” program proved to be the downfall of APS and several other school systems as well.

If Congress get’s their way, doctors will be paid based on whether or not their Medicare patients have improved outcome.

When you get sick your doctor will be paid to make you better. But what if your condition is terminal? Or maybe you have a chronic condition like diabetes or psoriasis that may not improve. You don’t get worse, but you don’t get better either.

Doctors can’t manipulate test results like the APS teachers did, but they CAN refuse to take on patients whose health may never improve.

This new way of paying doctors to treat Medicare patients may lead to doctors being selective in who they agree to see.

New Patient – I am on Medicare and need to make an appointment to see Dr. Kildare

Doctors office – Do you have any existing chronic or terminal conditions?

New Patient – Not really, just the usual stuff. Joint aches and pains, high blood pressure, high cholesterol, diabetes and I am having pain in my feet.

Doctors office – Under the new guidelines, Medicare doesn’t pay us enough to treat you unless we can cure your condition. You should call Dr. Hackenbush. He might have an opening.

Don’t laugh. This can be coming soon to a doctors office near you.

Doctors can’t manipulate test results and outcomes like the teachers and administrators did with APS so they can just refuse to treat you.

You won’t hear that on the evening news or listed as a talking point from your friendly Congress person.