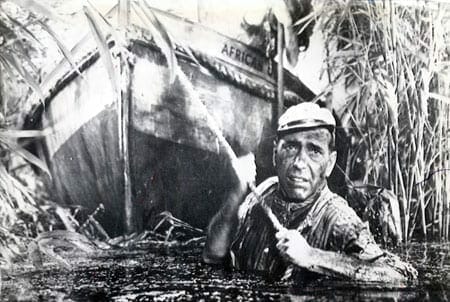 You are here: Home / Georgia Medigap Rates / Would You Buy a Medigap Plan From This Guy?

Atticus Finch was the All American Dad, defender of the law and all around good guy. 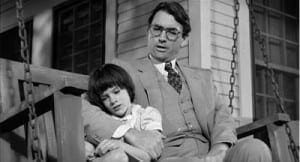 But would you buy a Medigap plan from Atticus Finch?

To Kill a Mockingbird is a movie I could watch over and over and never grow tired. Same for The African Queen and Casablanca. But I don’t know if I would buy a Medigap plan from Atticus, Charlie Alnutt or Rick Blaine.

We no longer have Andy Griffith pitching AARP Medicare plans. He has been replaced with Betty White.

I like Betty. Not only is she a funny lady but she was “hot” in her younger days.

But I would not suggest buying a Medigap plan from AARP just because Ben Matlock or Rose Nylund pushed it.

So how do you buy a Medigap plan? Do you pick a plan based on the commercials? Are you a careful shopper that compares plans and prices? Or do you listen to your friends and buy what they suggested?

How Do You Buy a Medigap Plan?

The right question is, how SHOULD you buy a Medigap plan?

Look around, ask your friends, shop and compare.

But how much do your friends really know about plans? Who did they talk to? How much shopping and comparing did they really do?

One thing is certain. If your friends bought Medicare supplement plan F from Blue Cross, Mutual of Omaha or AARP (United Healthcare) they didn’t really do their homework.

How do I know?

Because I have been in the health insurance market for 38 years and I would never overpay for a policy. I know where to find the best value. I know who plays tricks on the consumer by giving out a lowball rate and then jacking up the rates after you buy. 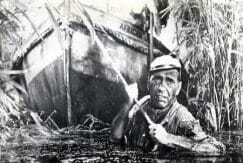 When you buy a Medigap plan,  wouldn’t it be nice to know if the carrier is going to raise rates in a few months on EVERYONE? Would it be helpful to know if the carrier is going to re-introduce their plans to new clients at rates that are 23% LESS than you paid a month earlier? Is it helpful to know there are as many as 14 carriers with lower rates for Medigap plan F than you get from a big carrier with a high profile spokesperson?

One thing in the world I hate: leeches. Filthy little devils.

Do your own research. Talk to Georgia Medicare Plans. Shop and compare. Save money.

Who Do You Trust When You Buy a Medigap Plan?

Personally, I liked sheriff Andy Taylor more than Ben Matlock. But if I were going to buy a Medigap plan it wouldn’t be something pitched by Andy Griffith or Betty White. Rose Nylund and Sue Ann Nivens were funny people, and Betty White is a lot smarter than the characters she plays, but how much does she really know about Medicare supplement plans?

Does she know why Medigap plan G is a better buy than plan F? Does she know that if you want plan G you can’t get it from AARP?

I’m sure your friends are really nice people and would never intentionally steer you wrong, but if you are going to buy plan F from anyone, including AARP, you need to reconsider.

If you haven’t taken a serious look at Medicare supplement plan G, put away your checkbook and take a deep breath. Before you buy a Medigap plan, especially plan F, give us a call. We have Medigap rates you won’t see anywhere else.

Rick Blaine was a man of questionable character, loyal to himself and whoever was willing to pay him to do their dirty work. The charismatic Rick was neutral on the war. He provided a safe haven for ex-patriots like himself, but also allowed the Nazi’s to drink in his club.

If Atticus said something, you took him at his word. Gregory Peck as Atticus Finch cut a swathing figure in the court and as a marksman killing a mad dog with one shot. A gentle, but firm and fair father figure, the man just oozes credibility.

Would you buy a Medigap plan from either man?

If you bought from Rick it was probably out of fear. But if Atticus recommended a plan it would be out of respect.

What does all this have to do with buying a Medigap plan?

No matter how you feel about recommendations from friends, or how much you may be swayed by warm and fuzzy commercials, or strong role models, do your own research.

You can start right here. Shop and compare Georgia Medigap rates from some of the top carriers. You will see Medicare supplement plans from Blue Cross and Mutual of Omaha (United of Omaha). We don’t have rates from AARP. They don’t allow agents to illustrate their rates online.

Mockingbirds don’t do anything but make music for us to enjoy. They don’t eat people’s gardens, don’t nest in the corncrib, they don’t do one thing but just sing their hearts out for us.

Georgia Medicare Plans has access to Medigap rates from over 20 different carriers. Do your research. Learn about different plans, but when you are ready to buy a Medigap plan, give us a call. Whatever rates you have seen already, we have even lower rates.

But you gotta ask.

This just might be the beginning of a beautiful friendship.