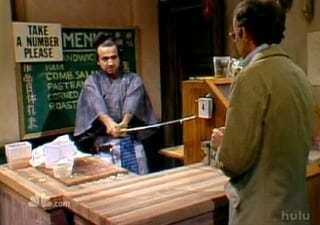 You are here: Home / Medicare / Future of Medicare – State of the Union In last nights State of the Union (SOTU) address, President Obama gave his vision of the future of Medicare and how to save it. Seniors turning 65 as well as those who are currently Medicare beneficiaries should pay close attention.

We have summarized opinions on SOTU and how these concepts will impact the future of Medicare.

“We’ll bring down costs by changing the way our government pays for Medicare, because our medical bills shouldn’t be based on the number of tests ordered or days spent in the hospital — they should be based on the quality of care that our seniors receive,” the president said.

However, fiscal diets for giant entitlement programs such as Medicare and Social Security should not be so severe that they put the burden of deficit reduction mainly on seniors and the middle class “while asking nothing more from the wealthiest and most powerful,” Obama said. Earlier this week, his administration announced that it opposed the idea of raising the eligibility age of Medicare from 65 to 67 years, a measure supported by Congressional Republicans.

This sounds great, but as we have pointed out before, when it comes to health care paying for outcomes is counter-productive. Doctors and hospitals faced with penalties or lower reimbursement based on patient results may refuse to take on chronic conditions that will never get better or the sickest patients whose likelihood of recovery is marginal.

In other words, the sickest patients may have trouble finding a doctor to treat them.

Most who have wealth in their senior years also enjoyed high earnings during their working years and paid more in Medicare taxes than middle and low income workers.

Just check out this official website outlining the premiums for Medicare recipients. Premiums for Medicare Part B (which covers services like lab tests, surgeries and doctors’ visits) range from $99.90 to $319.60 per month and prescription drug coverage costs wealthier beneficiaries $66.40 more per month than it does for those who receive the standard benefit.

The “wealthy” pay more all around. Class warfare will not improve the Medicare balance sheet.

And yes, let’s not overlook the impact of Obamacare on the future of Medicare.

Hospices—health care facilities for the terminally ill—along with other Medicare providers are facing Medicare pay cuts. Of the $716 billion in payment reductions, hospice care was hit by a $17 billion payment cut from 2013 to 2022.

Another provider, Delaware Hospice, had to lay off 52 workers, citing lower federal reimbursement as the cause. “The decision,” said CEO Susan Lloyd, “is a direct result of a consequential decline in census and the need to position the organization to meet additional changes and challenges that the hospice industry anticipates with health care reform.”

Obamacare cuts are already having an impact on seniors, especially those who need hospice services. If you are concerned about the future of Medicare, get involved and let your representatives in Congress know how you feel.