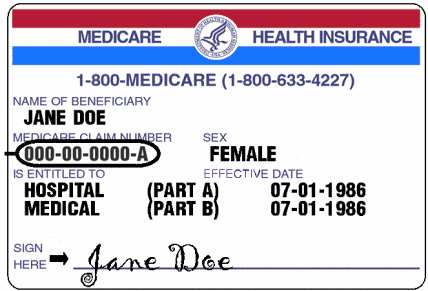 When thieves use your information to file claims everyone pays. Retirees on Medicare aren’t giving birth but their medical ID can be used to gin up claims and diagnoses that have nothing to do with you.

For instance, your ability to obtain needed pain medication could be compromised if a junkie is using your Medicare card to commit health care fraud and obtain prescriptions for pain killers.

One reason why health care fraud is difficult to track is because most of the time it isn’t discovered until after the fact. There are no hidden camera’s to record a thief using your Medicare card to obtain medical services. When the crook uses your identity to fill prescriptions a fraud alert does not show up on the pharmacy computers.

Have you had your medical identity compromised?

In most cases the only way to know is to regularly review your claims. One way is by using iBlueButton to track your Medicare claim activity.

Unfortunately, too many people don’t look at Medicare claims or health insurance claims as their money. Claims paid by Medicare doesn’t come out of your pocket (directly) so why care?

Would you report a shoplifter to the store manager?

Most people probably would.

We save our clients an average of $450 per year in Medigap premiums and over $1,000 yearly in out of pocket drug costs. Shop and compare now.

The Anthem hack made headlines for many reasons, including unauthorized access to 80 million personal records.

According to Forbes, the distinction between medical identity theft and other types of identity theft like consumer financial information or credit cards is important for many reasons.

If someone gains access to your credit card your liability is minimal as long as you report the fraud on a timely basis. Your card is revoked and a new one is issued.

Game over for the crook.

Not so when they have your name, Social Security number and date of birth. They can continue to use your identity to commit health care fraud for years.

A stone mountain nurse filed fraudulent claims for services that were never provided.

Prosecutors say that between May 2013 and September 2013 Daphne Patterson billed five health insurance companies, including UnitedHealthcare and Aetna, for services she did not provide, reports WABE.

The indictment says Patterson “sought reimbursement for at least approximately $2.2 million for the various allergy tests and treatments that had not been provided to the health care benefit program beneficiaries.”

The indictment adds, “In total, Patterson received more than $1 million from the health care benefit programs as a result of the fraudulent claims.” – Atlanta Business Chronicle

All of that took place over 5 months. Consider the damage that could have been done if allowed to continue for years?

Protect yourself against health care fraud by regularly reviewing your claims.  Report Medicare fraud when you discover it.

Save money by allowing us to help you shop and compare over 170 different GA Medigap plans.