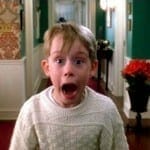 If you have a Medicare Advantage Plan (MAPD) now it may not be around next year. Or it may be offered again but with higher premiums, lesser benefits, or both.

On Friday, the Centers for Medicare and Medicaid issued a news release stating plans that Humana said would result in reimbursement rates that were worse than expected for the insurer, which relies on Medicare Advantage business for nearly two-thirds of its revenue.

Humana isn’t the only MAPD affected by this news.

Another big player in Medicare Advantage, Universal American Corp. UAM -6.21%  , plunged by more than 6% on the news. Universal had three-fourths of its revenue coming from the government program during the first nine months of the 2013 fiscal year. Full-year results are due out this week.

This is not good news if you hold stocks in carriers that are heavily invested in the Medicare Advantage business model.

These Medicare cuts will mostly impact MAPD plans. Seniors with original Medicare and a Medigap plan will see little or no impact in rates or benefits. Georgia Medicare Plans offers the lowest Medicare supplement rates in the state and is ready to assist. Click here to compare rates.

EHealth plunged Friday after missing earnings expectations and a lowered view for 2013, but analysts were concerned about the online insurance broker’s ability to survive while state health insurance exchanges were being set up. The prospect of lower Medicare rates is likely to cut into EHealth’s ability to compete even further.

EHealth is an online brokerage agency whose primary market is individual major medical plans that will be swamped by massive Obamacare rate increases next year making affordable in the “Affordable Care Act” the butt of late night jokesters.

Humana and Universal American are not the only carriers that stand to low. Stock prices for United Healthcare, Cigna, Aetna and HealthNet have also dipped on this news.

Maybe now is the time to purchase a Medigap plan while you are still healthy. Compare Medicare supplement rates now.