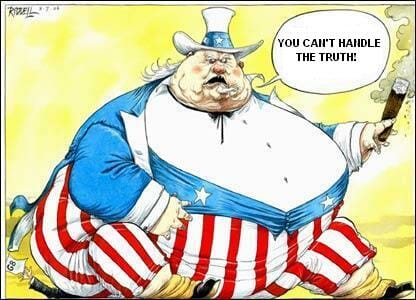 Medicare means testing could leave middle class seniors paying more for their coverage and benefits. Washington thinks YOU should pay more to help bail out Medicare. This is a problem THEY created but they expect YOU to bail them out.

Medicare Part A is projected to run out of money in 2024. Medicare Part B is in better shape primarily because seniors pay 25% of the claim cost while Medicare pays the other 75%.

But that could all change.

Due the current economic climate, some policymakers are seeking to ask beneficiaries to share even more of the burden to pay for Part B. Current proposals to expand means-testing are estimated to save the government $30 billion over 10 years (2013–2022).

This is rearranging the deck chairs on the Titanic. Medicare means testing translates into “You pay more, so we (government) can pay less”.

The appeal for greater Medicare means testing is obvious, said Richard L. Kaplan, professor of law at the University of Illinois College Of Law.

It is a way to bring in more money without raising taxes, he said.

“It gets people in the program to pay more for the program,” Kaplan said. A general tax increase gives the government an opening to spend the money elsewhere.

Do you really want to give Washington more money because THEY mismanaged the taxes they collected during your working life time?

“I’ve been very frugal and have saved money. But we continue to ask, ‘Are we going to have enough for the rest of our lives?’” Austin said. “(More means testing) is just one more thing…that could make sure we won’t have enough.”

You pay and pay and pay. All the while you are saving for retirement and now Washington wants you to pay some more.

Give me a break!

In recent years, the couple has seen their health care costs increase from less than $3,000 a year to $11,000, citing increasing costs in co-payments, Medigap premiums, and prescription drugs. Jess Austin has hereditary high cholesterol.

Are you paying too much for your Medicare supplement insurance plan?

Just last month I showed a couple how they could save over $1700 per year by switching plans. How much can you save? Shameless plug follows  . . .

Currently about 10% of Medicare beneficiaries are classified by the government as “wealthy” and pay more for their Medicare Part B premium. Under a proposed plan of redefining wealthy, that number would double.