Mutual of Omaha Medicare supplement rate increases seem to be a popular topic on the web. Hardly a day goes by that Georgia Medicare Plans does not have visitors looking for answers to why their Medigap rates are rising. All carriers have rate increases, some are higher and come more often than others. The challenge to Georgia seniors is to balance an affordable Medigap plan against their long term needs.

To accomplish that task you need to know something about historical rate increases by plan and carrier. Compare historical rates of Blue Cross, Mutual of Omaha, Humana against adjustments by lesser known carriers such as Combined, Equitable and New Era.

Mutual of Omaha Medicare Supplement or …………….

Seniors turning 65 have decisions to make about Medicare. Most have never shopped for health insurance, compared plans or paid for their own coverage. 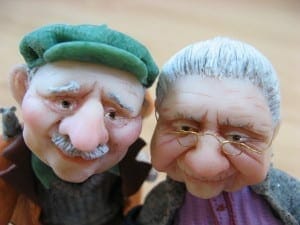 Earl had been healthy most of his life, but Jill had dealt with breast cancer and then a few years later it returned. Money was tight so they decided to get a Mutual of Omaha Medigap plan for Jill but to save money they delayed buying supplemental coverage for Earl.

It was a little over a year into retirement when Earl had a stroke. It was discovered at that time that he also had uncontrolled Type II diabetes which contributed to the stroke.

Earl was lucky. The stroke left him with partial paralysis on his right side but with therapy he was expected to regain almost full use of his arm and leg.

Because he only had original Medicare his initial stay in the hospital cost them $1200 out of pocket. Follow up visits after discharge and therapy was running up bills under Medicare Part B.

If Earl had purchased a Medigap plan when he first turned 65 their bills for the hospital and outpatient would have been minimal.

As Earl progressed he required fewer doctor and therapy visits which was a good thing.

But then he had a second stroke which was much more damaging than his first one. This time his vision was impacted as was his speech and ability to swallow. During his hospital stay he was fed through an NG tube. Later the NG tube would be replaced with a G tube so he could be fed at home.

Their home had to be modified with a ramp and doorways widened to accommodate his wheelchair. Earl would also need a hospital bed and lift.

All of these things cost money even though 80% was paid by Medicare Part B. The remaining 20% share for DME plus home health care was adding up fast.

Jill and Earl knew open enrollment was coming up and they decided to look for a Medigap plan for Earl.

There was only one problem.

Earl was beyond his Medicare Initial Enrollment Period and the only way to purchase a Medicare supplement plan was to go through medical underwriting. Earl’s stroke and present condition meant he would never be able to qualify for a Medigap plan. The best they could hope for would be to enroll him in a Medicare Advantage plan.

But that was a problem as well.

Jill and Earl lived in a somewhat rural area and there were only a few Advantage plans available. The plans offered only had a few doctors in their network and none of them had all of Earl’s doctors. The closest participating hospital was more than 50 miles away.

Even if Earl was able and willing to change doctors, the coverage would still leave them with several thousand dollars in out of pocket expenses every year …………………….. about the same as original Medicare without a Medigap plan.

When picking a Medigap plan it is important to choose wisely. Mutual of Omaha is a good company but you need to think about affordability over the long run.

As long as you are in good health you can change your Medigap plan at any time. But when your health changes you may be locked in. That is what happened to Barbara. She had plan F from Mutual of Omaha. Over the years her premium would increase but she would still find a way to continue her premiums. This years “birthday increase” is going to take her premium over $200 per month and she’s not sure if she can afford to keep her plan or not.

Last year Barbara was diagnosed with atrial fibrillation. She wants to find a more affordable Medigap plan but is having difficulty. You can read Barbara’s story here.

Looking for a good Medigap plan that isn’t overpriced and will remain affordable over the years? We can help. Shop and compare now.