You are here: Home / Medicare / Saving Medicare – The Kerry Plan 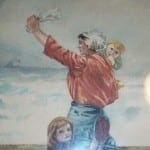 Saving Medicare. Popular topic. Political hot potato. Sen. Kerry has his own idea. Good if you live in Massachusetts. Not so good for the rest of us.

The fiscal cliff bill didn’t just raise taxes; it showered half a billion dollars on a canny Big Pharma company that knows its way around Capitol Hill. A provision in the newly-passed fiscal cliff bill allows pharmaceutical giant Amgen to sell one of its pills (Sensipar) for two more years without having to negotiate a fair price with Medicare. Sensipar is an expensive pill, and the two year delay will cost Medicare upwards of $500 million.

Amgen has deep financial and political ties to lawmakers like Senate Minority Leader Mitch McConnell, Republican of Kentucky, and Senators Max Baucus, Democrat of Montana, and Orrin G. Hatch, Republican of Utah, who hold heavy sway over Medicare payment policy as the leaders of the Finance Committee.

Both sides of the aisle, so you can’t blame one party over the other. Neither party is serious about saving Medicare or taxpayer dollars. They are more interested in saving their seat in Congress.

And then there is the Kerry plan for saving Medicare. Current Senator from Massachusetts, former Viet Nam war protester and soon to be Secretary of State John Kerry. Yes, the same guy who got a Band-Aid purple heart and dodged paying $500k in taxes by docking his yacht in Rhode Island, now has a plan to save Medicare.

The Senator from Massachusetts did what diligent Senators do; he added a provision to the Affordable Care Act (Obamacare)  to allow his state’s hospitals to increase their Medicare reimbursements by a factor of ten:

Here’s how Massachusetts gets extra money: Hospitals in urban areas have to be paid at least the same amount as rural hospitals. Massachusetts only has one rural hospital—a 19-bed facility on Nantucket island. So, the Nantucket Cottage Hospital sets the floor for every hospital in the state.

But because Nantucket is so wealthy, its cost of living is high—and thus so are its Medicare payments. That drives up the payments for every other hospital in the state. And under Kerry’s provision in the Affordable Care Act, hospital payments come from a nationwide pool.

If the provision remains in place, Massachusetts’s payments will rise over the next decade from $367 million to about $3.5 billion. The pool operates on a zero-sum basis, so all the money the Bay State gets will be funded by cutbacks from other states.

All in the name of saving Medicare. And you thought Obamacare didn’t affect you.

Sorry, that ship has sailed.