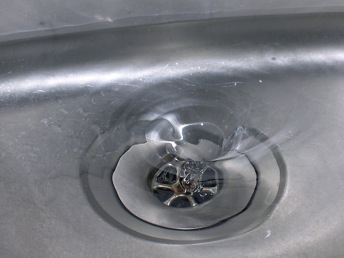 Years of borrowing against the “trust fund” by members of Congress have nearly depleted the reserve. Last year Social Security went negative for the first time in 30 years.

Social Security is sucking money out of the Treasury. This year, it will add a projected $46 billion to the nation’s budget problems, according to projections by system trustees. Replacing cash lost to a one-year payroll tax holiday will require an additional $105 billion. If the payroll tax break is expanded next year, as President Obama has proposed, Social Security will need an extra $267 billion to pay promised benefits.

Wonder what happened to the bi-partison debt reduction report compiled by Erskine Bowles and Alan Simpson?

Obama ignored the Social Security blueprint put forth by his own bipartisan panel on debt reduction. During this summer’s debt-limit showdown, he endorsed the panel’s proposal to tie future benefits to a less-generous inflation index. But Obama took that idea off the table in September when he submitted recommendations to a special debt-reduction “supercommittee” now at work on Capitol Hill. Until recently, members of the supercommittee said, Social Security had rarely come up in their closed deliberations.

Makes you wonder if anyone up there has a clue what they are doing.

The $2.6 trillion Social Security trust fund will provide little relief. The government has borrowed every cent and now must raise taxes, cut spending or borrow more heavily from outside investors to keep benefit checks flowing.

Senate Majority Leader Harry M. Reid (D-Nev.), who is fighting to maintain control of the Senate, has been particularly outspoken. In March, as a bipartisan group of six senators was gaining attention for a push to draft a debt-reduction plan that included a Social Security fix, Reid summoned hundreds of activists to a rally on Capitol Hill. Fresh off a tough reelection campaign that turned in his favor after he accused his tea party opponent of wanting to “wipe out” Social Security, Reid exhorted policymakers to “leave Social Security alone.”

“Let’s worry about Social Security when it’s a problem. Today, it is not a problem,” Reid said to applause.

The average age for claiming Social Security benefits dropped from 68 in 1940 to 63 in 1980, where it remains. Meanwhile, average life expectancy has risen by five years. The average worker spends 20 years drawing benefits. A quarter will see their 90th birthday.

As a result, the average retirees have gotten back far more in federal benefits than they paid into the system during their working life, according to research by Eugene Steuerle, a senior fellow at the Urban Institute. That return is diminishing, in part because people today have paid more into the system than previous generations. But a two-earner, middle-income couple retiring this year can expect to get $913,000 in Social Security and Medicare benefits over their lifetimes, in return for $717,000 in payroll taxes.

The younger generation will never see that kind of return on their “deposit”.

Certner, of the AARP, said it is unfair to cut Social Security benefits to solve that problem.

“The federal government is saying, ‘We’re in the red right now and we’re having trouble paying back Social Security, so we’d like to cut Social Security benefits,’ ” Certner said. “But that’s not the deal.”

Others argue that the deal has long since been abandoned and that the trust fund has become a fiction of accounting. “We can debate until the cows come home whether there’s really a trust fund or not,” said Olivia Mitchell, a professor at the University of Pennsylvania’s Wharton School who served on a 2001 presidential commission to study Social Security. “But the fact is, there’s no money available to pay for those benefits. And the system is short on cash now.”

To the folks at AARP, here is a clue.

You were lied to, now deal with it.

So stop with the scare tactics.