Are you looking for super low Medigap rates, but you don’t trust new carriers with names that are unfamiliar? Medicare supplement 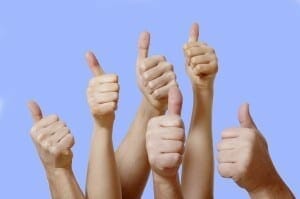 carriers come to Georgia all the time to test the market. Sometimes they even carry a “brand name” you know and think you can trust. They flash low Medigap rates but before you know it they are gone.  If you stay with them you will be expected to pay for their mistakes. Your renewal rates will go up and up and up.

Discover the Secret Sauce for Low Medigap Rates From an Insider

For the very first time, you will have access to an insider that provides you with valuable information about Georgia Medicare supplement plans and rates. Learn the secret sauce to delivering a reliable Medigap plan that is stable and cost effective.

Does this describe you?

There is nothing wrong with trying to find low Medigap rates, but you are flying blind. If you don’t know the right questions to ask you will never have the information you need to make the best decision.

Oh, and there is this. Your friends probably went through the same process and are paying more than they should because they did not have insider knowledge or the secret sauce.

Stick With a Brand Name You Will Never Go Wrong

My father swore by the Sears name, but some days he swore at it. If a tool or appliance stopped working he took “Satisfaction guaranteed or your money back” to task.

One day a lawnmower that was almost as old as me (I was probably 10 at the time) refused to start. This was a mower that was so old the paint was chipping off. But you could still see the Craftsman name on the body.

The back of the deck had a hole in it that had been caused by a projectile. Something that came flying out while mowing. Probably a rock that was hidden in the weeds. Rather than going out the discharge chute it came out the back.

He repaired the hole by bolting an old license plate to the deck.

When the mower refused to start, rather than getting it fixed or buying a new one he took it back to Sears.

No, he did not have a receipt. When the salesman asked why he wanted to return it, my father pointed to the sign over the door and simply said “I am not satisfied”.

They gave him a brand new mower.

You can’t do that with your Medicare supplement plan. If you buy a policy based on (what you believe are) low Medigap rates from a brand name carrier you should be OK, right?

But what happens when you find out you are paying $450 a year more than you need to? All because you paid extra for the brand name.

You didn’t get a better plan, you simply paid too much.

You can’t tell the brand name company you are not satisfied and expect to get your money back, can you?

You need an insider to help you and give you the secret sauce.

Finding a low rate for Medicare supplement plans may seem easy, but if you don’t ask the right questions you can get stuck. Here are a few questions to get you started.

Do you still think finding the lowest Medicare supplement rates in Georgia is easy? Do you know why it is important to have answers to each of the above questions? Do you need an insider to give you the secret sauce for finding low Medigap rates?

If your game plan is to shop for the lowest rate every year, you only need to know who currently has the lowest rate for the plan you want. For most seniors under the age of 75 there are currently 4 carriers that jockey around for the best Medigap rate in Georgia. These players are consistently lower than almost every other carrier, sometimes generating $500 annual savings or more.

Their rates will vary by zip code, gender and age but you can almost always expect to see them among the carriers with low Medigap raates.

But here is what you don’t know.

Two of the carriers have been in the market less than 2 years. They may last for a while or they could stop writing new business in the next few years and then you are stuck.

That’s what happened to people that bought from AFLAC. Then jumped into the market with low Medigap rates then pulled out 14 months later.

The other two competitive carriers have been in the market 10 years or longer. One has offered Medicare supplement plans for 45 years. That’s longer than BCBSGA or AARP’s United Healthcare.

Are You Ready to Compare Medigap Plans in Georgia?

When you click that link you will be taken to a page where you can enter your personal information and see up to 40 plans in 60 seconds or less. You will be able to compare plans side by side and view a detailed comparison of each plan.

The site is owned by Bob Vineyard at Georgia Medicare Plans. Your information is private and will not be sold. When you provide a valid email address you will receive a series of emails that will educate you about the various Medicare plans and options. It doesn’t matter if you are enrolling in Medicare for the first time or if you have been to the dance several times before. You just might learn something you never knew before, and that something can save you a lot of grief.

When you give us a working email address you will receive rates on our most popular and competitive plan. These low Medigap rates are not found on my site or anyplace else on the web.

I have another request.

When you give us your phone number I will call, but only once.  Your time is valuable and so is mine. My goal is to help as many people as I can by giving them the benefit of my 38 years in the industry. This no obligation, free consult is the “secret sauce” you need if you are going to find low Medigap rates that allow you to never again worry about shopping for a new plan every year. I will tell you which carriers are about to increase rates and which ones just temporarily lowered their rates. You will learn which carriers are new and trying to decide if they want to stick around for a while or not.

You see, I’m the insider and my experience is the secret sauce that will help you find the best Medicare supplement rates in Georgia.

I will also let you know which carrier is new to Georgia but isn’t new to the business and intends to focus their efforts on writing business in the south. They offer more than just low Medigap rates. They give you an opportunity to buy a plan you can probably keep for life. Their paperless application allows you to know in 20 minutes or less when your coverage begins. You will also receive your policy number before hanging up the phone.

Low Medigap rates, a reliable, experienced carrier and immediate decision. How easy is that?

Now go ahead and click the link to shop and compare GA Medigap quotes.