We talk to a lot of Georgia seniors and find there are at least 5 Medicare myths that are common and should be addressed. If you fall prey to these Medicare myths you could end up paying more for your health care than you should. It doesn’t matter how these untruths originated. The reality of Medicare is this. Medicare insurance is the most consumer friendly health care coverage you will ever experience. But if you believe the myths and misrepresentations you can pay dearly. 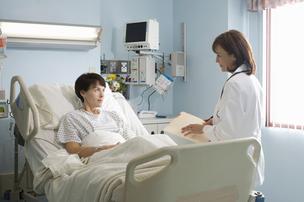 Because of Obamacare, Medicare beneficiaries will have fewer choices and pay more for their coverage.

This is partially true.

Obamacare cuts Medicare funding by $716 billion dollars from 2013 – 2022. The promise is that savings will be generated by eliminating waste, fraud and abuse and requiring medical providers to achieve a higher level of care.

The truth is waste, fraud and abuse will continue. As long as government programs like Medicare routinely pay for services with little or no oversight, crooks will continue to find ways to game the system in their favor. 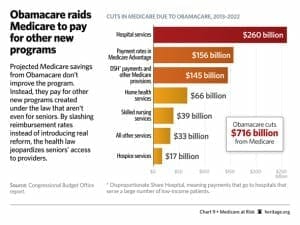 The Medicare myth is, without Obamacare the government had no way to find cheaters. Future “savings” in Medicare insurance will come through reduced payment to medical providers and cost-shifting the financial burden for care to the Medicare beneficiary.

If your doctor is paid less to treat you, or is only rewarded by helping you get well, how will this impact your ability to obtain quality care?

This seems a bit of a paradox. Why shouldn’t a doctor or hospital be paid for results? Consider this.

How many Medicare patients is a doctor willing to see if they are paid 10% – 15% less than they were last year for the same treatment?

Paying for results seems fair on the surface. But think about this for a moment.

If doctors and hospitals are punished (or paid less) for poor outcomes, do you think they will “cherry pick” the easy medical conditions and let the more challenging ones slide?

Of course they will.

Look what a report about Medicare hospital readmission penalties found out.

Medicare penalties appeared to land harder on hospitals that treat large numbers of poor people, according to calculations Medicare made and included in a regulation published Friday.

Which brings up another Medicare myth about hospital admission.

When is a patient admitted to the hospital?

Just ask 74 year old Rosalie Winkworth. Like many frail seniors, she tends to fall and sometimes she hurts herself. So when she spent 4 days in the hospital her daughter thought nothing of it and assumed Medicare would pay most, if not all of the bill.

But Rosalie was never admitted to the hospital. Instead she was under observation. NPR picks up her story here.

After Winkworkth’s discharge, her doctors said she needed to go to a nursing home. But since the hospital considered her an observation patient, not an inpatient, the family had to pick up the bill.

That is not a Medicare myth. It is a fact that can impact your level of care and how much you pay for hospital or nursing home services.

Medicare Advantage plans and Georgia Medicare supplement insurance plans will not help you if you end up like Rosalie. If your bill is not an approved Medicare charge you pay.

Georgia Medicare plans can show you ways to hang on to more of your savings and reduce stress over your budget. We specialize in Medicare supplement plans for seniors 65 and up. Most of our clients average saving over $700 per year by learning how to choose the right Medigap plan for their needs. Our GA Medigap Quotes page allows you to shop and compare up to 40 plans in 60 seconds. Why not try it now and see how much you can save?

Or the inverse, Medicare supplement plans are better than Medicare Advantage.

The truth of the matter is, each approach has benefits and “bugs” that appeal to some and not others. The only truth is, the plan that is right for you is the one that fits your needs and budget.

Medicare Advantage plans have lower premiums and are good for people that can budget for medical emergencies or have a pile of money sitting around collecting dust. In other words, they are good plans until you get sick.

Medicare supplement plans allow you to stay in the original Medicare system and make it possible for you to survive a medical emergency without hocking the farm.

Most Medicare Advantage plans give you a list of participating doctors and hospitals and tell you to choose from that list. A list that changes every year.

With original Medicare and a Medigap plan you can use any doctor, hospital or lab anywhere in the country, including your own back yard. If you like your doctor you can keep your doctor.

Your information is NEVER sold

BCBSGA is a fine company that offers a choice of Medigap or Medicare Advantage. The myth that all doctors take Blue Cross can get you in a bind.

You won’t have that issue with original Medicare and a Medigap plan. Any doctor that treats Medicare patients will also treat you, regardless of which Medigap carrier issued your policy. BCBSGA only offers 3 supplement plans in Georgia. You can pick plan A, F or N.

Of those, F is the only popular choice (and N is a distant third). If you bought plan F from Blue Cross you might pay as much as $500 more per year for the exact same coverage had you picked a more reasonably priced carrier.

The Medicare myth that Blue Cross is more widely accepted by Georgia doctors could cost you a lot of money. Compare our rates vs. Blue Cross and see for yourself. Shop GA Medigap Quotes now.

Medicare supplement plans from “brand name” carriers cost more because they are better.

When you pay more for a Medigap plan you don’t get more, you simply paid too much. Who wants to do that?

All Medicare insurance plans with the same letter are identical, so just buy the one with the lowest premium.

This is where having someone who knows the Medicare landscape can help you avoid the pitfalls of buying the wrong plan from the wrong Medicare insurance carrier.

In 2010 Medicare allowed carriers to offer Medicare supplement plan N for the first time. Some carriers jumped in while others did not. One of the carriers that aggressively marketed plan N was Mutual of Omaha. Had you bought a Mutual of Omaha plan N policy in 2010 you got a good deal.

But only until your next renewal.

Mutual of Omaha stopped selling plan N in 2011 as losses on that block started to get out of hand. Those who kept their policies have faced ever increasing renewal premiums. In some cases their only choice was to drop their Medicare insurance policy and go without coverage (other than original Medicare).

More recently AFLAC entered the Georgia Medigap market in 2012. A little over a year later they dropped out. Their policy holders are watching their premiums continue to rise as that block of business sours.

The Medicare myth of buying the lowest price backfired. My 38 years in the health insurance industry has taught me how to avoid the pitfalls of jumping on the latest fad. That helps my clients to save thousands of dollars over the years by finding value without jeopardizing your bank account when things don’t work out.

So what about the dog?

I thought he was cute. Maybe when you shop for Medicare insurance you will remember him and give me a call to discuss your options. Don’t throw away money because you believed a Medicare myth.