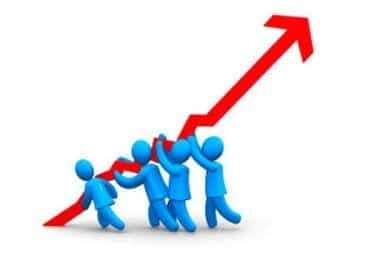 You are here: Home / Medigap rates Georgia / Why Are Georgia Medigap Rates So High?

The most popular search term at Georgia Medicare Plans is for Georgia Medigap rates. One large well known carrier in particular dominates the searches more than any other Medicare supplement carrier.

That same carrier has handed out more rate increases since 2012 than any other Medicare supplement carrier. They increased rates ELEVEN TIMES since 2012!

Why is this? What is the answer?

The simple answer is, do your homework before buying.

When you make the right choice you can keep that plan for years and never have any regrets. When you turn 65 and enroll in Medicare, that may be your only opportunity to purchase a Medigap plan. There is only ONE open enrollment for Medicare supplement plans.

Why look at only a handful of Medicare supplement plans when you have the opportunity to compare over 170 different plans? Check out GA Medigap Quotes for instant, side by side comparisons of the most popular plans.

If you don’t know where you are going you will never get there.

What’s up with Georgia Medigap rates?

Good question. The answer is not simple but I will do my best to explain. But first, here is a sample of queries that drove searchers to my site over the last few weeks.

Everyone our age remembers Mutual of Omaha’s Wild Kingdom. Tune in Sunday evening to watch Marlon Perkins track a mother lion and then close the show by saying “Just like the mother lion protects her cubs, Mutual of Omaha will protect you”.

When asking about Medigap rate increases you need to understand there are 4 different carriers that trade on the Omaha name, not just Mutual of Omaha. Tracking rate history can be challenging at best and impossible for most consumers.

Since 2012 Omaha carriers have increased rates no less than 11 times. Some rate increases applied only to legacy (in force) policyholders, some for new applicants, and some increase applied to both. Below is a summary of  changes in Georgia Medigap rates.

That’s a lot of rate increases spread over 4 issuing carriers in less than 4 years.

And consider this. New applicants will eventually fall into the legacy class within a short while.

Legacy policyholders with carriers I suggest do not pay higher rates than those applying for new coverage.

Buying a Medigap plan when turning 65

When you first turn 65 you can purchase any Medigap plan you want, no questions asked. During your initial open enrollment it doesn’t matter if you can run marathons or if you have one foot in the grave.

In the future you can change plans any time you want, but only if you are healthy. There are no annual enrollment periods for Medicare supplement plans. The plan you buy when you turn 65 may be a plan you have to keep for the rest of your life.

If the premium is no longer affordable you option is to switch to a Medicare Advantage plan (lower premiums, higher out of pocket, no choice of doctors) or have original Medicare as your only coverage.

We help you find the right plan that meets your needs and budget so you can have peace of mind now and in the future.

Why limit yourself to one Medigap carrier?

Georgia Medicare Plans is appointed to represent over a dozen Medicare supplement carriers. In almost every situation we can offer you the absolute lowest rate for the plan you want.

But sometimes you might want to pay a few dollars more for long term rate stability.

Or you can just buy based on brand name and hope for the best.