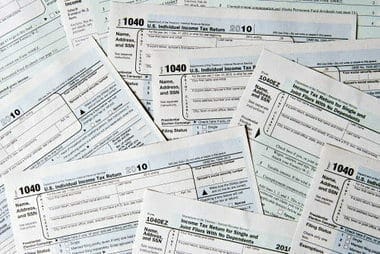 The Identity Theft and Tax Fraud Prevention Act of 2015 is proposed legislation whose time has come. Retirees are easy targets and carrying a Medicare card with your Social Security number on it is an open invitation to thieves. Medical identity theft is a so-called “victim-less” crime that often goes unnoticed until thousands of dollars in fraudulent claims have been filed.

The Identity Theft and Tax Fraud Prevention Act of 2015, among other things, would:

In the past we have suggested carrying a copy of your Medicare card that has blacked out all but the last four numbers of your Medicare claim number which is also (usually) your Social Security number. This was not our original idea. We got it from Money Magazine.

But we have been taken to the woodshed by a MOM (Medical Office Manager) in this revealing post by a fellow blogger.

I was a bit perplexed when not once, but twice in the past few months, I had patients who presented a photocopy of their Medicare Card with their billing number (which is their social security number) blacked out. Each time I gave the “card” back to the patient and said I could not accept a photo copy, I needed the original card with all the information visible. You see, the only way I can get my doctor paid is to bill Medicare for your service and I need that number to bill. – InsureBlog

because of identity theft and the ability to change insurances during the open enrollment each year (and sometimes more often), the physician has to confirm each time you visit that you do, in fact, have insurance, and that insurance is, in fact, yours. This is done by confirming your Insurance Number and Name with outside entities that assure your doctor that, yes, the insurance is active and you are you.

Thanks, Kelley, for pointing this out and helping us understand these issues from a doctor’s office perspective.

In the battle against medical identity theft, a Medigap plan may offer you more protection than a Medicare Advantage plan.

As the Cleveland article pointed out, many insurance carriers use your SSN as part of your member ID number. Most retirees will review and often change Advantage plans on an annual basis. Each time you change that is more exposure to potential identity theft.

Contrast that with having a Medicare supplement plan that most will keep for years without making a change. We have clients who have had the same Medigap plan with the same carrier for 5 years or longer.

Contrast that with Advantage plans that are changed every 2 – 3 years.

When was the last time you reviewed your Medigap plan? Most of the people we talk to are paying too much for their plan by an average of $450 per year. We show them even more savings by swapping their expensive plan F for plan G or N.

With more than 170 different Medigap plans in Georgia, how do you find the best plan for you?