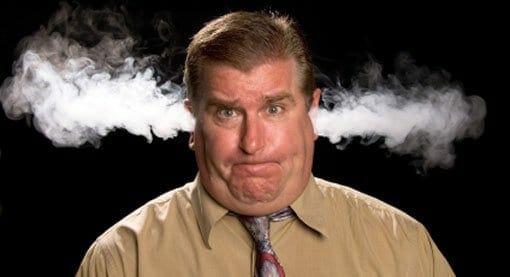 Proposed Medicare changes in the way doctors are paid could mean YOU pay more for your health care. While Congress tries to contain the cost of Medicare it is obvious they are not thinking of you. Wealthy lawmakers with fat retirement plans are clueless about asking retirees to pay extra when they have outpatient (Medicare Part B) expenditures.

If passed this will impact Medicare Advantage and Medigap plans alike.

Under the guise of “bi-partisan” support Committee members are considering the following as a way to save Medicare.

Some of the cost would be offset with $35 billion worth of Medicare savings from beneficiaries over 10 years. Another $35 billion over a decade would come from reducing or delaying higher payments to hospitals and other Medicare service providers over time, the aides said. – Bloomberg

Just what are these $35 billion in savings FROM beneficiaries?

You pay more for your health care. Medicare pays less.

Borrow from Peter to pay Paul.

The other Medicare changes are just as sinister.

Not only does Congress want to pay doctors and hospitals less but they want to drag out payment for services rendered.

Yeah, that will work.

That part where Congress wants YOU to pay more so they can spend less on your care?

They are drawing a bullseye on Medigap plans, in particular, Medicare supplement plan F.

The $35 billion worth of Medicare beneficiary savings would be achieved in two ways. Private insurance companies that offer so-called Medigap policies that supplement Medicare’s basic coverage would be required to start paying benefits only after recipients pay $250 in out-of-pocket expenses for doctor visits, aides said.

This is over and above the Medicare Part B deductible that is paid under Medigap plan F.

If you have plan G or N that would mean you are expected to pay the Part B deductible + an additional $250.

Other than the obvious, how does this save Medicare dollars?

Such a requirement would give Medicare recipients an incentive to make fewer doctor visits, thereby saving some costs to the government program.

If you have to pay more to see a doctor you might not go as often.

The folks in Congress must think we LIKE to go to the doctor.

Of course if their plan works, the less we go to the doctor the more likely we are to get sicker. The sicker we are the more it will cost to get us well.

Tell me again how these Medicare changes will save money?

What can we do?

Write and call our members of Congress. If you are a member of a senior lobbying group like AARP, AMAC, ASA or 60 Plus, contact them and tell them to stop this movement in its’ tracks.

We have paid into Social Security and Medicare all our working life. Congress has mismanaged both programs and now they expect us to pay for their sins.

One other thing you can do.

Even if we can’t stop this attempt to take money from retirees I can show you how to save at least $250 per year, and probably a lot more, by switching Medigap plans.

We have access to the lowest rates for popular plans F, G and N. Even if you bought coverage in the last 2 years many of those carriers are increasing rates.

Continental Life of TN is increasing rates on plan F by 9.5%.

Manhattan Life is increasing rates on ALL plans for those under the age of 68 by 9%.

If you own a Medicare supplement plan with either carrier now would be a good time to consider changing plans.

With over 170 different Medigap plans in Georgia you can most likely save money by changing.