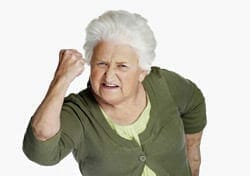 This Medicare money grab comes from the White House (WH) by way of the CBO (Congressional Budget Office. The last one we offered up was “bi-partisan” and came from the House.

The House version would cut Medicare spending by $200 billion over the next 10 years.

Both versions will generate the majority of the savings by increasing revenues, cutting provider payments, and shifting more of the burden to Medicare beneficiaries.

What part of “We the people” do they fail to understand?

I have paid into Medicare since 1966 when I got my first “real job”. Social Security has wage information from me for almost 50 years. When I go in Medicare in September of this year I think it is time to get back some of my money.

The folks in DC (both parties) think otherwise.

We may not be able to stop this money grab by Washington but you can save money by shopping and comparing your existing Medigap plan.

The White House wants to save Medicare by cutting the amount THEY pay while increasing OUR costs. Medicare savings will free up more money for DC to spend on providing free and reduced cost health insurance (Obamacare) to people under age 65.

Problem is, medical providers that treat Medicare patients are reimbursed at a lower rate than any other patients except Medicaid. Some payments to primary care doctors are as low as $21 for an office visit.

One of my clients sent me a copy of her EOB. She couldn’t believe the doctor would see her for so little money.

Now DC wants to cut the doctors even further.

Per the KFF summary, 34% ($147 billion) comes by way of paying doctors less for their services.

Do you think this might make it more difficult for us to see a doctor or get any kind of treatment?

That’s just the Medicare portion from people who have Part D coverage.

Only two-thirds of Medicare beneficiaries have prescription drug coverage. The rest may qualify for some assistance but most pay out of pocket.

Low income people would get a break funded by charging the rest of us even more.

Also, some drugs now covered under Medicare Part B would be shifted to Part D at the highest tier. Most Part B drugs are expensive infusion therapy (think cancer) where each treatment can run $5,000 or more.

Currently Medicare pays 80% of those costs and we pay the rest.

If you have Medigap plan F, G or N you pay little or nothing.

That will all change if the president’s version of the Medicare money grab is approved.

The WH likes to talk about everyone paying their “fair share”. If this budget proposal is approved here is what will happen.

Part B premiums (the portion we pay) will increase for high income people, boosting their premiums to as much as $336 per month.

Part B deductibles will increase by $25 per year. That is in addition to the usual inflationary increase.

Medigap plans C & F will be assessed a surcharge of 15% based on the national average premium for those plans. If you have plan F expect to pay an extra $27 per month.

This is a tax, not additional premium paid to your carrier.

The tax is indexed which means the extra $27 per month is just a beginning.

If you like your plan you can keep it. Just expect to pay more.

The Medicare money grab impacts everyone.

These cuts will make it more difficult to find a nursing home willing to take you if you don’t have long term care insurance or some other way to pay privately for your care.

Another $29 billion in “savings” comes by way of reduced reimbursement for outpatient clinics including walk-in emergency care facilities often referred to as doc-in-a-box.

Those savings mean we pay more when we use the walk-in clinics.

Everyone is touched by these cuts and keep in mind this is IN ADDITION to the $735 billion in Medicare cuts that are used to fund premium subsidies for those under age 65 with Obamacare policies.

Before anything becomes law each group has to put forth their ideas.

The House have offered their bi-partisan proposal and has been endorsed by John Boehner and Nancy Pelosi.

That has to give you a warm fuzzy feeling.

The California Health Advocates have turned up other proposals that are under consideration. This particular one has even more cost shifting to retirees.

One proposal with estimated savings of $52 billion over 10 years is as follows:

Eliminate the separated deductibles for Medicare Parts A and B and replace with one across the board deductible that must be met before ANY Medigap or Advantage plan can pay anything.

Replace the current $0 coinsurance for the first 60 days of hospital confinement with a REQUIRED 20% coinsurance.

If this proposal, or something like it, is approved all current Medigap plans become obsolete and will have to be replaced. The government believes if you are forced to pay more for your care you will use the services less.

MedPac estimates 91% of Medicare beneficiaries will pay more, by an average of $1,000 per year, if this proposal is implemented.

Of course they fail to take into account the obvious.

When we seek LESS care we end up using MORE care in the end when our medical condition worsens.

These are ill-conceived ideas that shift the cost of reforming Medicare’s payment system for doctors to older and disabled American’s who rely on Medicare for their health care. We do not believe this is an appropriate way to solve the payment problem for doctors that Congress has “patched” 17 times in 12 years without finding a permanent fix. Asking Medicare beneficiaries to bear the cost of something Congress created and has not fixed in the last 12 years is cruel and the wrong approach to this problem.

We concur with their assessment.

Here is how the Medicare money grab pie is split up.

Regardless of which plan is adopted, Medicare beneficiaries, that’s you and me, pay more which “saves” Medicare  $112 billion.

Doctors, hospitals and other medical providers are paid less, another $147 billion in “savings”.

All this so DC can have more money, not to pay down the debt, but to fund health insurance for people under age 65.

How is this working for you?

The one saving grace is this.

And if you remember your civics classes, the budget originates in the House.

Of course those folks in the House only want to cut $200 billion but a lot of that comes from you and me.

We still need to fight this before it becomes law. Contact your Senators and Congressional Representatives and tell them you cannot afford to pay more for your Medicare.

If you are a member of a PAC like AARP, AMAC, ASA or 60 Plus, contact them and tell them to stop this movement in its’ tracks.

You can still save money

Even if we can’t stop this attempt to take money from retirees I can show you how to save at least $250 per year, and probably a lot more, by switching Medigap plans.

We have access to the lowest rates for popular plans F, G and N. Even if you bought coverage in the last 2 years many of those carriers are increasing rates.

If you own a Medicare supplement plan with either carrier now would be a good time to consider changing plans.

With over 170 different Medigap plans in Georgia you can most likely save money by changing.