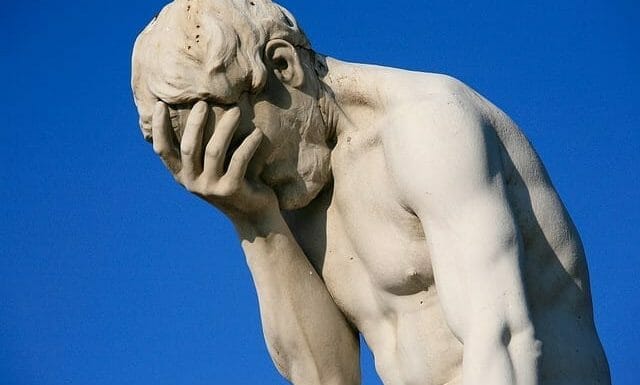 You are here: Home / Enroll in Medicare / Medicare Traps and Mistakes

You are turning 65. What are the Medicare traps and mistakes most retirees make in navigating the Medicare maze? One wrong decision can cost you thousands of dollars. Your choice is much more complex than just deciding on original Medicare and a supplement plan or Advantage.

There are various ways to go down this journey and no doubt self education is part of the process. You can attend seminars, read the countless brochures and pamphlets that arrive daily before you turn 65 and talk with friends. Whatever you do, just make sure you avoid the Medicare traps that lie ahead.

No doubt the BIGGEST mistake in choosing a Medicare plan is failure to properly estimate the cost of health care.

Maybe my story will help.

I am a baby boomer, going on Medicare in September of this year. In spite of 40 years in the health insurance industry, transitioning to Medicare was more challenging than I expected. Looking at Medicare options reminds me of my first time in Home Depot.

The first time I walked into Home Depot I was overwhelmed. I am not much of a handy man, but I do know which end of the hammer is useful.

Home Depot must have had 100 hammers.

I needed someone to not only point me in the right direction, but explain why one hammer was better than another for the particular work I was doing.

Before Home Depot I owned 1 hammer. Now I have at least half a dozen, each designed for a particular job.

Medicare is the same way.

There are over 170 different GA Medicare plans to pick from. How do you find the right one?

Perhaps the biggest mistake people make in choosing a Medicare plan is underestimating the cost of health care.

Most people I talk to are in relatively good health and they assume they will remain that way for years to come.

I hope they do.

But we never know what lies around the next turn of the page on a calendar. Things can happen overnight.

One very common Medicare trap is failing to anticipate the cost of health care. More specifically, underestimating the cost of medications under Medicare Part D.

If you have had a decent health insurance plan with Rx copay’s before Medicare you will probably be very disappointed in what you get with Medicare. Drugs that had a $20 copay under a group health plan may be $35 or more.

Diabetics using Novolog can expect to pay anywhere from $55 to $90 or even more for a 30 day supply. After you hit the donut hole your cost increases to $200 for a months supply.

Mistake No. 5:
Not signing up for Part D because you don’t take any prescription drugs

Mistake No. 6:
Picking a Part D drug plan on the basis of its premium or its name or because your best friend chose it

If you are like most people, at some point while you are retired your largest expenditure will be for medication. Roughly 70 – 80% of your OOP health care costs will go toward medication.

About 4 years ago I met Ken and his wife over coffee at a McDonalds. Both were active and had enjoyed good health. Both were turning 65 and going in Medicare in a couple of months.

They were financially comfortable. Not wealthy but better off than many their age. They had been accustomed to high deductible health plans and wanted the same once they were on Medicare. The high deductible plan F (Hi F) appealed to them as a way to keep their monthly costs down.

They were business owners and, while the business was not going as well as it once did it still provided them with income to supplement their savings and Social Security.

At the time the Blue Cross Hi F plan was reasonably priced around $40 per month. Blue discontinued that plan about a year after they bought it because they lost too much money on it. Premiums for the Hi F have risen by double digits ever since. Aetna has one of the best rates now and is charging around $70/month for someone turning 65.

A few months after Ken enrolled in Hi F his health took a turn for the worse. Several weeks in the hospital and the doctors could not figure out what was wrong. He was weak, his heartbeat was erratic and they had difficulty stabilizing him.

He was eventually well enough to go home only to return to the hospital the next month, and in a new year.

Medicare Part A, the hospital inpatient portion, currently has a $1260 per admission deductible. When you have Hi F you pay the first $2180 in charges before the plan pays anything.

If your claims cross a calendar year you are looking at more than $4,000 in out of pocket costs.

That’s tough for anyone but to make matters worse, his illness meant he could no longer work. Their business continued to falter which put more financial pressure on them.

In addition to hospital and doctor charges, Ken began a new medication regiment. His drug costs went from less than $100 per month to over $600.

The biggest Medicare trap in my opinion is failing to anticipate your out of pocket health care costs.

In this situation, the worst thing he could have done would have been to have a Medicare Advantage plan where his OOP (out of pocket) costs would have more than tripled from $2,000 per year to $6,000.

Comparing Hi F to plan N is a much better value and in many cases about $30 more per month.

Along with buying the same plan your friends have, we often find that retirees think Medicare Advantage and Medicare supplement are the same thing.

Medicare Advantage has a lot of moving parts, usually requires you to use a network provider to avoid penalties, makes it necessary to review (and probably) change your plan every 1 – 3 years, and will end up costing you a lot of money in OOP expenses when you need your plan the most.

Consumer Reports says confusing Medicare Advantage with original Medicare is one of the Seven Medicare Traps and Costly Blunders.

About one in four Medicare recipients opt for the newer Medicare Advantage plans. These are private plans (mostly HMOS) that take the place of original Medicare plus Medigap, and usually the Part D drug plan as well. While you’ll probably pay lower monthly premiums, bear in mind that you will not have Medigap to cover any deductibles and co-pays, which can vary from plan to plan. Thus, one of the downsides of an Advantage plan is potentially higher out-of-pocket costs if you get seriously ill.

Ken (in our story above) did have original Medicare and a Medicare supplement plan (Hi F) and still had over $4,000 out of pocket over 2 years. As bad as that was it could have been over $13,000 with an Advantage plan.

At one time your Social Security normal retirement age and beginning Medicare occurred at the same time, age 65. In 1983, long before Congress started raiding the “Trust Fund” to pay current obligations, they decided something had to be done to “save” Social Security.

Being politicians, their ingenious way was to DELAY future benefits for baby boomers and younger by changing the NRA (Normal Retirement Age) from 65 to 66 and even later.

How much could a sign-up delay cost you? With Medicare Part B (that’s medical insurance), for each full 12-month period that you are late in signing up, a 10% penalty is tacked on to your premiums (basic premiums are $104.90 per month in 2015) for as long as you keep getting Part B. With Part D drug coverage, the penalty is 1% of the “national base beneficiary premium” ($33.15 per month in 2015) multiplied by the number of full uncovered months you were eligible but failed to sign up. The penalty applies if you are not enrolled for 63 days or more in a row when you don’t have creditable prescription drug coverage. (Creditable coverage means that your plan’s coverage is comparable to Part D plans.)

All of that could add up to perhaps $3,000 to $5,000 in penalties over the course of your retirement if you are one year late signing up…or climb to more than $10,000 if you are several years late.